Netflix has made it official:

At least… not any time soon.

The popular streaming service has renewed this beloved — and very sexy! — period romance for Seasons 3 and 4.

Far in advance of Season 2 even hitting the air.

“Bridgerton swept us off our feet,” said Bela Bajaria, vice president of global television at Netflix.

“The creative team, led by Shonda [Rhimes], knew the material and delivered a beautiful, emotional, romantic drama for our members. They have some exciting plans for the future, and we think audiences will continue to swoon for this show.

"We’re planning to be in the Bridgerton business for a long time to come.”

This is especially welcome news because handsome star Rege-Jean Page announced this month that he won’t appear again on the series.

“From the first time I read Julia Quinn’s delicious Bridgerton series, I knew these were stories that would captivate a viewing audience," said Rhimes in her own statement.

"But the evolution of this adaptation would not be a success without the many significant contributions of the entire Shondaland team.

"This two-season pickup is a strong vote of confidence in our work and I feel incredibly grateful to have partners as collaborative and creative as Netflix.

"Betsy [Beers] and I are thrilled to have the opportunity to continue bringing the world of Bridgerton to a worldwide audience."

According to Netflix, Bridgerton is the most-watched original show in the history of the company.

Season 2 will chronicle the pursuit of a suitable mate and marriage for the oldest Bridgerton sibling, Anthony (Jonathan Bailey) just as was the case in the second book of Quinn’s Bridgerton series, The Viscount Who Loved Me.

This means we can look ahead to Season 3 and 4 with relative confidence.

It stands to reason they will follow a similar book-by-book rhythm of storytelling, with the next two titles in Quinn’s eight-part series of novels being An Offer from a Gentleman and Romancing Mister Bridgerton.

Bridgerton Season 2 is currently in production, but a premiere date has yet to be announced.

Phoebe Dynevor, who starred opposite Page as Daphne Bridgerton in Season 1, will return for the next installments, where Daphne will help her brother “navigate the upcoming social season and what it has to offer — more intrigue and romance than my readers may be able to bear,” a recent message from Lady Whistledown teased.

We can also confirm that Shelley Conn (Terra Nova) and Calam Lynch (Mrs. Wilson) will be joining the Season 2 ensemble.

As for why Page left?

“It’s a one-season arc. It’s going to have a beginning, middle, end – give us a year,” the actor told Variety.

“One of the things that is different about this [romance] genre is that the audience knows the arc completes.

"They come in knowing that, so you can tie people in emotional knots because they have that reassurance that we’re going to come out and we’re going to have the marriage and the baby.” 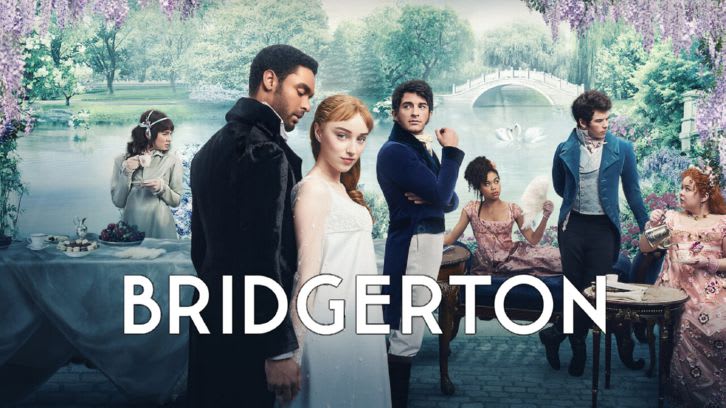