Kylie Jenner’s daughter is growing up right before out eyes, and we just can’t wrap our heads around the fact that it’s been three full years since she entered the world.

Of course, it’s equally hard to believe that no one in the Kardashian-Jenner clan cares about Covid-19, and they insist on flaunting their apathy in front of their hundreds of millions of Instagram followers.

What does that have to do with Stormi’s big day, you ask?

Well, quite a lot, unfortunately, as it seems that Kylie once again threw caution to the wind and celebrated Stormi’s graduation from the Terrible Twos with a lavish trip to Turks and Caicos.

Now, we probably don’t need to tell you that travel is strongly discouraged by US health officials, as Covid infection rates remain dangerously high in several states.

(Including California, where Kylie and company live!)

International travel is especially ill-advised during this time, but for some reason, Kylie felt the need to take Stormi on a trip that was worthy of the ‘Gram.

(Even though, as a three-year-old, she probably would have been just as a happy with a trip so a beach in her native SoCal.)

"It was a girls’ trip to celebrate Stormi’s birthday in one of their favorite places. They stayed at a private villa where they have often stayed in the past," a source close to the family told E!.

"They stayed for three nights and had a great vacation spending time at the beach, swimming, taking boat rides and playing in the sand," the insider added.

"Kylie also brought along some of her best friends, including Stassie [Karanikolaou] and Victoria [Villarroel]. They flew on Kylie’s jet and had a great few days celebrating Stormi," says the source.

"They took off and headed home on Friday night to have more birthday celebrations for Stormi in L.A."

It certainly sounds like a good time was had by all — including Stormi’s mom, who took the opportunity to show off some of her newest beach looks.

Yes, it wouldn’t be a vacation to a tropical island without at least one Kylie bikini photo.

We’re told this is a Christian Dior ensemble, but Kylie didn’t rack up over 200 million followers because of her taste in swimwear, if you know what we mean.

This trip was something of a special occasion, as we got to lay eyes on a sight we don’t see very often — Kylie in a dress!

But don’t worry, this is still Kylie we’re talking about.

So it was a skintight dress paired with a sultry expression that leaves us with the feeling that the party is gonna keep going long after the kids go to bed.

Sadly, Kylie has not cured the coronavirus, and she’s not setting the greatest example for her young, impressionable fans.

But it’s hard to complain when she’s delivering such top-notch vacation pics for the sake of us poor peasants who are stuck at home. 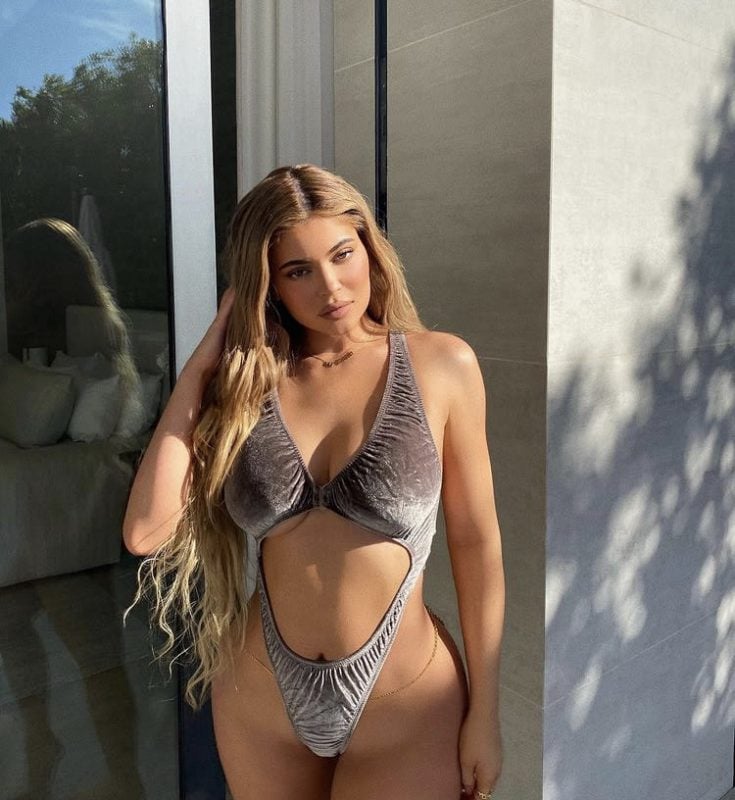