OnlyFans saw a surge in 2020 as the COVID-19 pandemic put countless Americans out of work.

But recent "free days" and leaks have given hesitant fans a look at what they’re missing.

Some fans are interested … and others are giving it all a very hard pass.

There can be no discussion of OnlyFans and 90 Day Fiance without mentioning Larissa Lima.

She is not the first of the stars to become a creator on the site. In fact, it took many months of hype from fans before she joined.

But her success — reporting raking in $40,000 a month — is staggering and inspirational, and has clearly prompted others to follow in her footsteps.

Stephanie Matto was a controversial star on her one season, largely due to her on-screen behavior.

She has actually been using OnlyFans for quite some time, and all reports agree that her photos are of good quality.

When it comes to 90 Day Fiance stars, Stephanie gives more bang for your buck in terms of how much skin she decides to show.

Karine Martins is relatively new to OnlyFans, and she is also very visibly pregnant.

Contrary to what some fans have assumed, this won’t necessarily work against her. There are fetishists for everything, and pregnancy is one of them.

Karine has said that she does not plan on being nude … but is either considering it or teasing fans by pretending to. Paul has given Karine his blessing to do whatever she likes.

Elizabeth Potthast and Andrei Castravet are both on OnlyFans, joining just months after they rudely dismissed Larissa and all sex workers at the Tell All.

Though a number of fans (even those who hate him) have thirstily praised Andrei’s sex appeal, Libby has been a target for ridicule.

In fact, Larissa roasted her after leaked pics of her OnlyFans appeared to show a tampon string dangling between her legs while she wore only a shirt. Whoops!

Recently, a lot of content from their OnlyFans was deliberately leaked onto social media.

Obviously, we cannot actually show you the leaked photos in whole.

(In fact, many of the accounts choosing to leak these photos — even those not receiving takedown notices yet — cannot show everything, per Instagram rules)

But we can give you a heavily cropped glimpse at some of the leaking that has happened on Instagram.

Most of the leaking seems to be done less out of thirst and more to ridicule.

That makes sense — anyone who likes a star would not be threatening their income by (illegally) sharing their subscription-only photos.

Elizabeth has been notably litigious, sending out takedown notices — particularly on Reddit — for people stealing her content.

Of course, apparently people have been jokingly posting close-up photos and pretending that they are of her, which she has no legal authority to take down.

While Libby and Andrei are a complicated couple and there are many fair criticisms of them, it’s a shame that people are taking such a mean-spirited approach to these posts.

Deavan Clegg, who has plenty of modeling experience, has gotten flak for using visual filters.

She has also been roasted for not "tidying" her backgrounds in some photos, leaving random items such as a shoe sitting on the floor behind her.

Folks, sex workers hate when you make fun of them having a messy room. They know. Unless you’re paying them extra just to get to poke fun at them, keep your thoughts to yourself and your eyes on the goods.

Lots of people are a little curious to see their favorite — and least favorite — 90 Day Fiance stars in the buff, or close enough.

But these aren’t massive corporations who will never notice if a few people leak their pics instead of paying the small monthly fee.

90 Day Fiance stars do not get rich from the show. Just a few $5 subscriptions can be the difference between making rent each month or not. If you want free thirst traps, try Instagram. 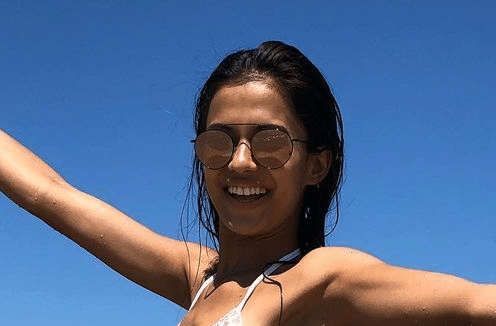