We guess it’s to Farrah Abraham’s credit that she still seems to enjoying a lavish lifestyle, even though she’s never worked a real job in her entire adult life.

Unfortunately, it looks as though she’s passing on the tricks of the family trade — grifting strangers on social media — to her 11-year-old daughter, Sophia.

Now, 11 is very young for social media, but if there’s money to be made, you better believe Farrah is gonna get Sophia involved.

Back in 2016, when she was just 7 years old, Sophia joined Snapchat.

This is against the company rules, of course, and Sophia quickly proved why such rules exist.

She got on the site late at night once and started begging strangers to follow her.

It wasn’t a good look, and of course, and it was all Farrah’s fault.

Of course, nothing was learned from the incident, and these days, Sophia is back on social media.

This time, she’s on every site, and the tables have turned considerably:

Never one to pass up a money-making opportunity, Farrah has decided to pimp her daughter out and have her sell her social media followings.

And how much does Farrah expect people to pay for the honor of being followed on Twitter by her daughter?

In fact, you might want to stop reading if you’re at work, because this is sure to send you flying into a rage.

Yes, for roughly the price of a Toyota Corolla, you can have Sophia liking your pics on Instagram.

Just kidding, no social media actions are promised, but she will follow you — and it’ll only cosy you 25 grand!

Not surprisingly, Farrah critics on Reddit were quick to call her out on the absurdity of her latest grift.

"This must be bullsh-t," wrote one person.

"So sad she’s so money hungry and doesn’t care about her child’s safety," another added.

"Is her mother exposing her as well to all these creeps?" a third chimed in.

Yes, it’s certainly weird to put your child in contact with the type of person who would pay 25k to have a child follow them on social media.

But as she’s demonstrated many, many times in the past, Farrah doesn’t really care how much or how often she traumatizes her daughter.

We’ve seen videos in which Sophia begged Farrah to stop embarrassing her, and yet, the Teen Mom star-turned-camgirl insists on continuing to force her child into the spotlight.

It’s a sad situation that’s made even sadder by the fact that it’s playing out online, in front of an audience of millions.

But we guess there are some upsides to the hell that Sophia is going through: 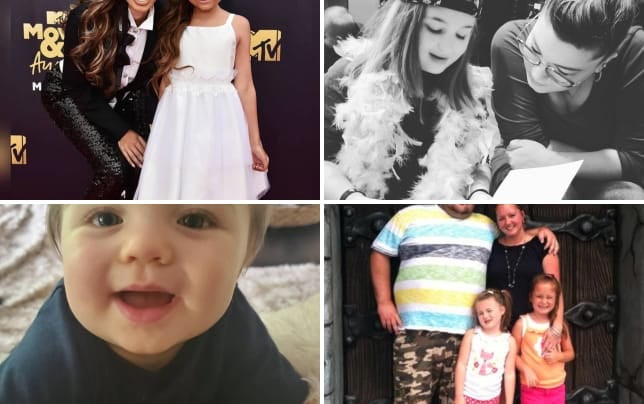 For one thing, she’s learning very early on what a psychopath her mother is.

On top of that, when she eventually enters therapy, she’ll have thousands of hours of footage that will allow her to easily demonstrate that she was raised by the world’s worst person.