For weeks, 90 Day Fiance fans have been wondering if Deavan Clegg is engaged to Topher Park.

Now, we have an answer, a sweet family photo of them with her kids, and an unhinged rant from her ex.

An inside source has opened up to Us Weekly about the goings on between Deavan and Topher.

“Deavan and Topher’s relationship is absolutely amazing," the insider gushes.

"Her children have really taken a huge liking to Topher,” the source goes on to confirm what fans have already seen in many photos.

“He is a hard worker," the insider praises of Topher.

It’s good to know that he’s not just a pretty face … and a pretty torso.

Though fans have already noticed that Topher fills those roles as well.

But the source isn’t done yet.

"And," the report continues, Topher "has fully stepped in as the father role.”

Topher and Deavan have been Instagram official for months and were dating even before that. It’s no surprise that he fits in well with her family.

She and Jihoon both wear rings, but the report explains that it’s not quite what fans assume.

The insider notes that Deavan and Topher are "not engaged." Not exactly, anyway.

“They’re kind of like promise rings," the source explains of the matching jewelry that they wear.

The insider goes on to detail that this is something "which is normal in Korean tradition.”

Some might call this engaged to be engaged, but let’s not slap labels onto things until Deavan and Topher are ready for that.

Last week, Deavan and Topher both shared a wholesome family photo of the two of them with Drascilla and Taeyang.

“My crazy, silly, happy family, I’m so excited for Christmas," Deavan gushed in the photo’s captions.

“Excited to spend it with these amazing three," she wrote, tagging her boyfriend and more. "@hyu.nw #christmas #family #teamdrascilla #90dayfiance #90sfashion.”

Of course, Deavan has her outspoken detractors, many of whom began to hate her due to 90 Day Fiance‘s dishonest editing and then enjoyed loathing her too much to stop.

One critic in particular is no surprise — Jihoon Lee, who seems extremely bitter about their divorce, and about their legal battle as she accuses him of horrific child abuse.

Jihoon took to Instagram to post a series of odd and deeply rude attacks against his ex. Classy guy.

"Do not grow up lip…I mean yourself," he writes, trying to refer to her getting lip fillers we suppose.

"You’re not a star grow up baby…" Jihoon continues.

He also suggests that Deavan "Sometimes get out of social media and enjoy your life."

It’s no real surprise to hear Jihoon is trying desperately to once again throw shade at his ex, or that Deavan’s haters are cheering him on gleefully.

We wish that all of the attacks that he is accused of carrying out were purely verbal and directed against adults only.

Sadly, that is not the case. 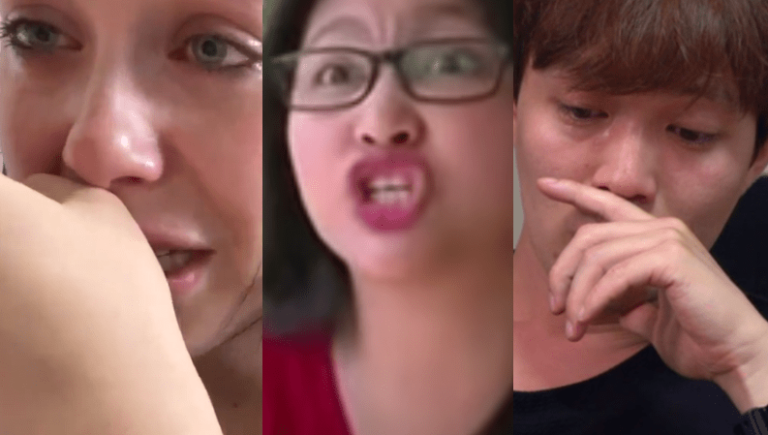