Brielle Biermann is almost dangerously hot, to the point where she has to put up PSAs to fend off dong pics.

Now, she is flaunting some serious underboob to promote her mom’s line of swimwear. These thirst traps are hard to miss.

Brielle Biermann is flaunting her incredible body … plus some bonus underboob.

Taking to her Instagram Stories, she has thirst trapped fans with a mirror selfie.

Wearing a ponytail and Aviator sunglasses, she poses for her followers.

"Okay you guys," Brielle says, "this is my mom’s newest bikini."

Brielle shares that this bikini is "coming out with her Salty K collection."

"It is by far one of my favorites," she shares, "if not my favorite."

Brielle has advertised her mother’s brand of swimwear before — with a sizable amount of success.

A lot of people would pay a lot of money to have a body like Brielle’s.

Wearing the same swimsuit is just a small piece of that puzzle, but a lot more attainable for most people. Advertising works.

Of course, Brielle isn’t the only member of her family who doesn’t mind flaunting her booty on social media.

Case in point, Brielle also showed off her mom’s backside.

Kim was wearing a black thong. Brielle captioned the pic: "Get it from my mama."

Brielle and Kim have a close mother-daughter relationship.

Part of that stems from how their personalities mesh well together. Some families just get lucky in that way.

But also, Kim had Brielle at a very young age, and one of the results is that they get along and relate to each other more naturally than some parents and adult children.

Kim and Brielle were once infamous for looking almost like twins.

(Or, crueler commenters would say, like bad copies of each other)

With matching blonde hair and the same over-the-top inflated lips, they looked like two peas in a pod.

Brielle has more recently been updating her look.

She had her lips deflated, restoring them to a more normal and natural size.

The 23-year-old mega-hottie has also been working on her tan.

Brielle’s golden brown glow was most noticeable earlier this year.

To celebrate her birthday, she and some friends, including notorious hottie Ty French, headed down to the Bahamas.

There, Brielle was pretty in pink — but the birthday girl’s tan became intense under the tropical sun.

That was before the COVID-19 pandemic made further celebrations impossible, of course.

After the country went into lockdown, Brielle used her platform to encourage people to follow common-sense COVID guidelines.

And that was not the end of her good works on social media for 2020.

Brielle also used her platform — with 1.3 million followers on Instagram — in June of this year.

Historic Black Lives Matter protests erupted nationwide in late May of 2020, with millions of courageous Americans protesting from coast to coast.

Brielle used her platform to educate her followers on the importance of the protests and actions that they could take to support Black communities. 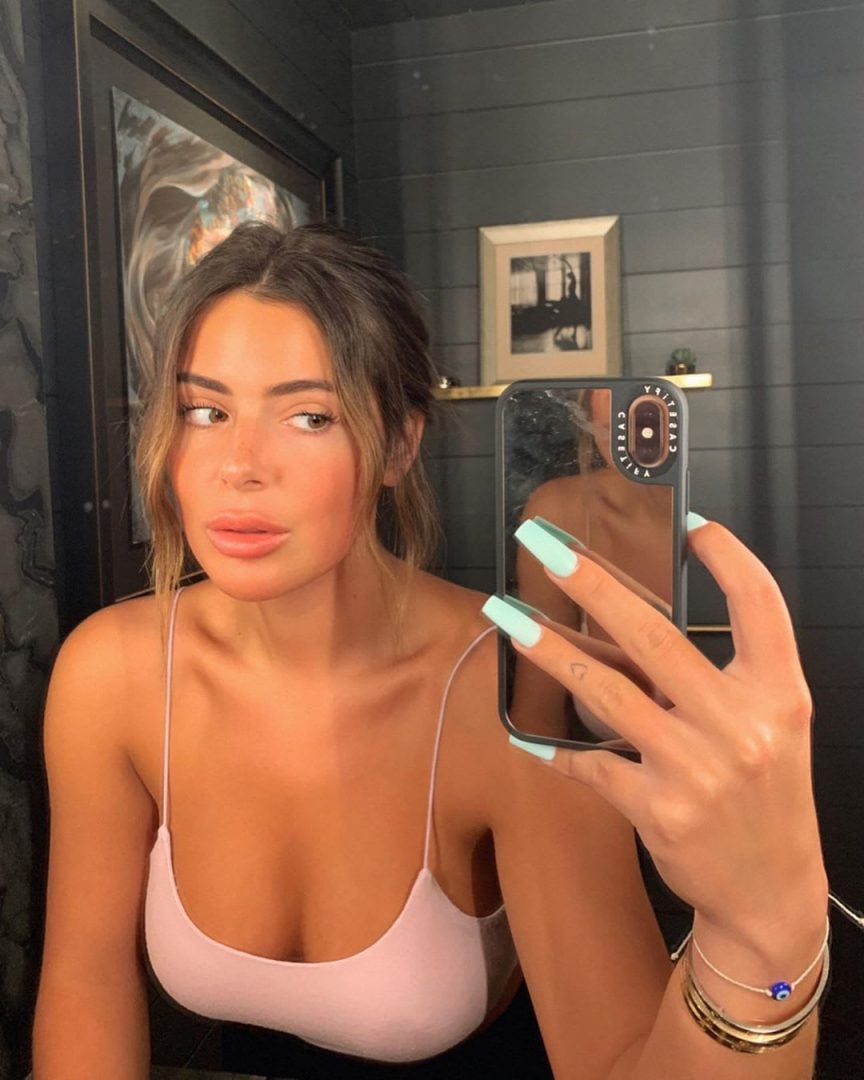