If you’re a fan of Love After Lockup, the mere mention of the names Clint and Tracie might be enough to send shivers up your spine.

On a show that’s loaded with deservedly infamous couples, Clint and Tracie are among the most notorious.

Crack, domestic abuse, infidelity, more crack … you name it, and Clint and Tracie snorted it, smoked it, and got arrested for it.

These two would be the wildest, trashiest couple on all of reality television — were it not for the existence of Jenelle Evans and David Eason.

But believe it or not, it’s a different couple that brought the worlds of Teen Mom and Love After Lockup together.

(Actually, this is the second time these two dumpster fires combined into one massive conflagration, thanks to Javi Marroquin’s affair with Lacey Whitlow, but that’s a conversation for another time!)

As she revealed on Instagram this week, Tracie recently had a brief fling with Matt Baier.

“I have taken a little social media break but I want to confirm some things,” she wrote, as first reported by The Ashley’s Reality Roundup.

“The secret is out- I was seeing Matt Baier from ‘Teen Mom,’ earlier this year. This picture is cropped so closely bc it is not IG appropriate. We were seeing each other…”

Tracie went on to reveal that the news was first leaked by a stalker of hers whose name is Magical Missy, because of course it is.

"We were seeing each other, but I never confided in ‘Magical Missy’ about the nature of our relationship," she wrote.

“’Magical Missy’ is a liar and quite frankly a stalker- a fan I met once, politely hung out with she and her husband, and that was it."

Tracie revealed that MM has been in contact with Clint, to whom she is still married, but currently separated.

She talked to my husband, wherever he may be, and told him lies," she wrote in her lengthy Instagram rant.

In the comments section, Tracie revealed that she and Matt are still on good terms.

“I want to emphasize I posted this bc this is now public knowledge and I am in no way speaking ill of Matt. I wish him the very best,” she wrote.

The pic seems to be all the confirmation we need that Tracie and Matt at least slept together, but just so everyone’s on the same page, Matt also took to social media to confirm that 1. he has Covid, and 2. he probably has whatever else Tracie was carrying when they boned.

“Of all the people that I’ve met, I don’t think I’ve met a lot of people who have a kinder heart than Tracie does,” Matt said in a podcast interview.

“She doesn’t always make the best decisions. That being said, I have a lot of admiration for her because, of everyone I’ve ever met, nobody lives their life more unapologetically than Tracie does," he continued.

“Tracie is living the life she wants to live,” Matt went on. To the surprise of no one, he added:

“She’s in Vegas, she’s gambling, she’s got a new boyfriend that she’s happy with. She’s doing her OnlyFans thing.

Baier went on to say that Tracie can be a "sh-thead," but gave her credit for "not apologizing for it." 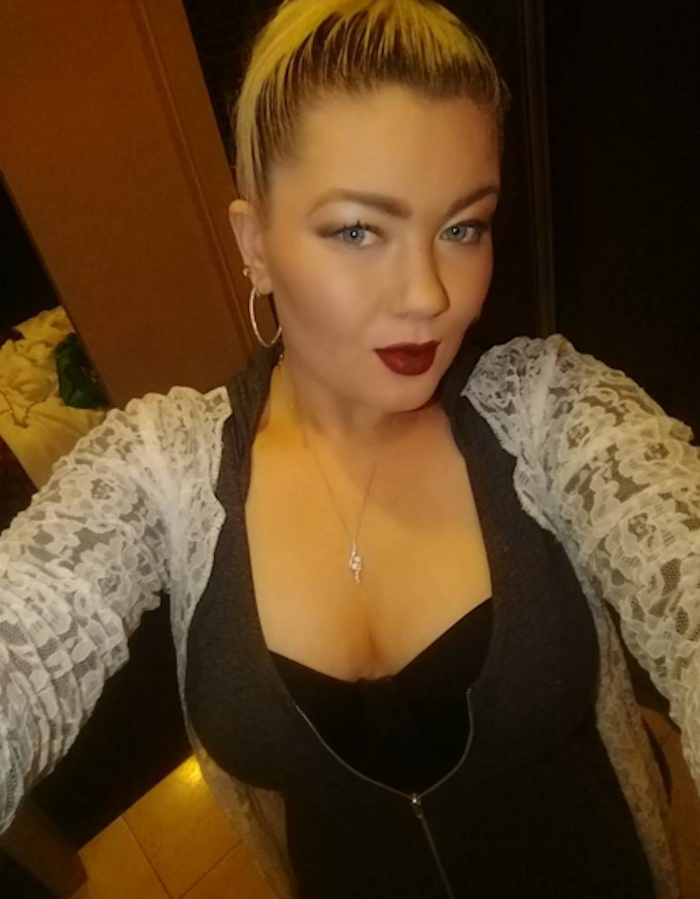 “Tracie makes decisions that just make me shake my head, but, again, she doesn’t apologize for them,” Matt added.

Being a sh-thead and taking pride in never apologizing for it?

These two really were meant for one another!