If you ever doubted that Mackenzie McKee had enough drama in her life to make her a valuable addition to the Teen Mom family, the past year should have thoroughly disabused you of that notion.

Back in December of 2019 Mackenzie’s mother, Angie Douthit, died following a lengthy battle with cancer.

While it would be ghoulish to talk about the passing of a beloved wife and mother in terms of the entertainment value it brought to a reality show, the scenes involving Mackenzie and Angie brought to the series something that had been lacking in recent seasons:

It was real human drama that helped to balance out all the screen time devoted to petty squabbling and Rich People Problems.

Just a few months later, Mackenzie accused Josh McKee of cheating on her, and that situation, too, offered greater nuance and complexity than we’re used to seeing on MTV reality shows.

She later confessed that Josh had not cheated on her in the traditional sense, but had carried on an "emotional affair" with her cousin.

Many felt that Mackenzie had overreacted to misleading information, and probably wished she hadn’t accused Josh in such a public fashion.

Nevertheless, the McKees proceeded with their separation, stating that they planned to keep things as civil as possible for the sake of their kids.

Recently, Mackenzie moved from Oklahoma to Florida, and while it’s unclear if Josh has moved with her, he’s obviously been spending a lot of time hanging out with his estranged wife in the Sunshine State.

Mackenzie has been posting pics in which she and Josh are both seen hanging out with their three kids.

But while the beachside photos confirm that the couple has remained on civil terms, it’s the news that the Mackenzie and Josh sleep under the same roof that really has fans talking.

Mackenzie posted the above pic of the entire family before they got ready for church on Sunday morning.

So it’s safe to say they all woke up in the same place.

Add that to the fact that Mackenzie seems to still be wearing her wedding ring, and it’s not hard to see why fans have assumed that Josh and Mackenzie are back together.

"I think we all anticipated this happening," commented one fan.

"She’s been wearing her ring the entire time," another wrote.

"I’m not shocked. She had it on when she was packing the car and on the beach," a third chimed in.

Others went so far as to not only assume the couple is still together, but to also insist that Josh and Mackenzie will never break up.

"Who is actually surprised by this? They will never split up. Never," one wrote.

These two do seem to be irresistibly drawn to one another.

And since Mackenzie’s reasoning for dumping Josh turned out to be BS, why wouldn’t they get back together?

At the end of the day the McKees to be equally devoted to creating a stable home life for their children, and they seem to believe they’re better able to do that if they’re together.

So we wish them all the best — but Josh might want to delete all of Mackenzie’s relatives from his phone, just to be safe. 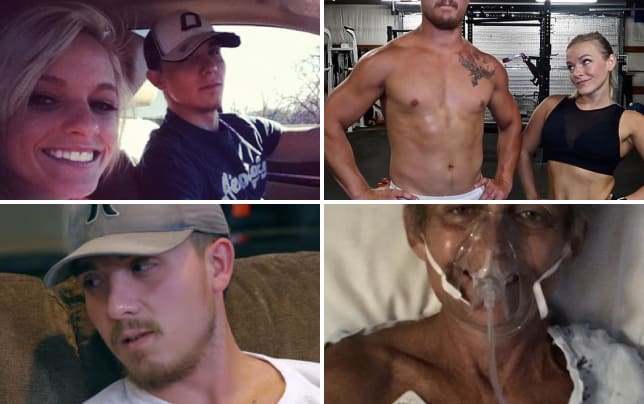 Mackenzie McKee: I Went OFF on My Cousin When I Found Out She Was Banging My Husband!