At the Tell All, fans watched as Angela Deem and Michael Ilesanmi discussed some of Angela’s biggest tantrums.

But seeing Angela say things to castmates that she would have screamed at Michael for saying, viewers are calling her out as a huge hypocrite.

Some fans love her. Some have petitioned for her firing — especially after she, well, tried to physically attack a castmate at a Tell All last year.

But the biggest point of concern has always been how she treats Michael, bombarding him with yelling, verbal abuse, and forcing him to walk on eggshells to keep her happy.

What fans are talking about now is Angela’s behavior at the Tell All.

Like flipping a switch, she went from partying to furious when her fiance dared to … look at another woman.

Angela accused Michael of staring at another woman’s "cooter," which internet research and context tell us is meant to indicate that he was gazing upon her genitals while she danced in the club.

Apparently, in Angela’s world, the simple act of looking at a woman dancing is a crime, and the Distracted Boyfriend Meme is a capital offense.

Yet again, Angela bombarded Michael with a toxic tone of voice and verbal abuse, forcing him to say and do anything to make her happy, or at least peaceful, again.

This moment was played back and discussed at the Tell All.

While Angela’s attitude remains both tragic and controlling, it also served as a reminder of how she views Michael.

And it’s why fans are now accusing her of outrageous hypocrisy.

See, Angela moaned and groaned about Michael having functioning human eyes at the Tell All.

Despite common sense (which seems to be in short supply among certain cast members), some of the stars even showed her sympathy and called out Michael.

One of the people to show Angela sympathy was Colt, who suggested that Michael had a moment to reassure Angela but he didn’t seize the opportunity.

Well, Colt comes into play because, when it came to his penchant for sending dick pics to numerous women whether he’s in a relationship or not, the Tell All discussed it.

This was when Angela "jokingly" suggested that Colt could have sent one to her, too.

Fans are reasonably sure that she was speaking in jest. Fans are absolutely certain that, had Michael made a similar joke about wanting to see Jess’ nudes or Larissa’s, Angela would have flipped out.

That was not the end of what fans had a problem seeing, however.

The Potthast family discussed Chuck’s history of paying for things for his children — some seeming to complain that he pays for some weddings but not for others.

But we all know that Chuck is one of the more affluent people to appear on the show. He and Michael Jessen are two of the few people living the life that some of the stars imagined all Americans enjoy.

Well, Angela commented that she wished that she had met Chuck before meeting Michael.

That comment was a joke, but it was every bit as much an insult to Michael as it was a veiled threat to Chuck (run!!!).

Michael may have laughed it off, but fans have spent the past several days pointing out that Angela would have been shaking with fury and screaming if Michael had said something like that to any woman on the cast.

At the end of the day, Angela cannot be one of those people who doesn’t realize how she acts — because she sees herself on television.

So the tone of voice that she uses, the way that she snaps into rage mode and screams over nothing, is not a secret.

This must mean that Angela is aware of her behavior but believes that it is acceptable and perhaps even justified.

As long as TLC, those around her, and fans continue to reward her misbehavior, she will continue to have tantrums without second-guessing her antics.

We can understand those in her immediate orbit not trying to address her antics. Sadly, they are probably afraid of her.

But more and more fans are wising up to the way that Angela acts towards Michael … and dreading the day that he is able to come to Georgia. 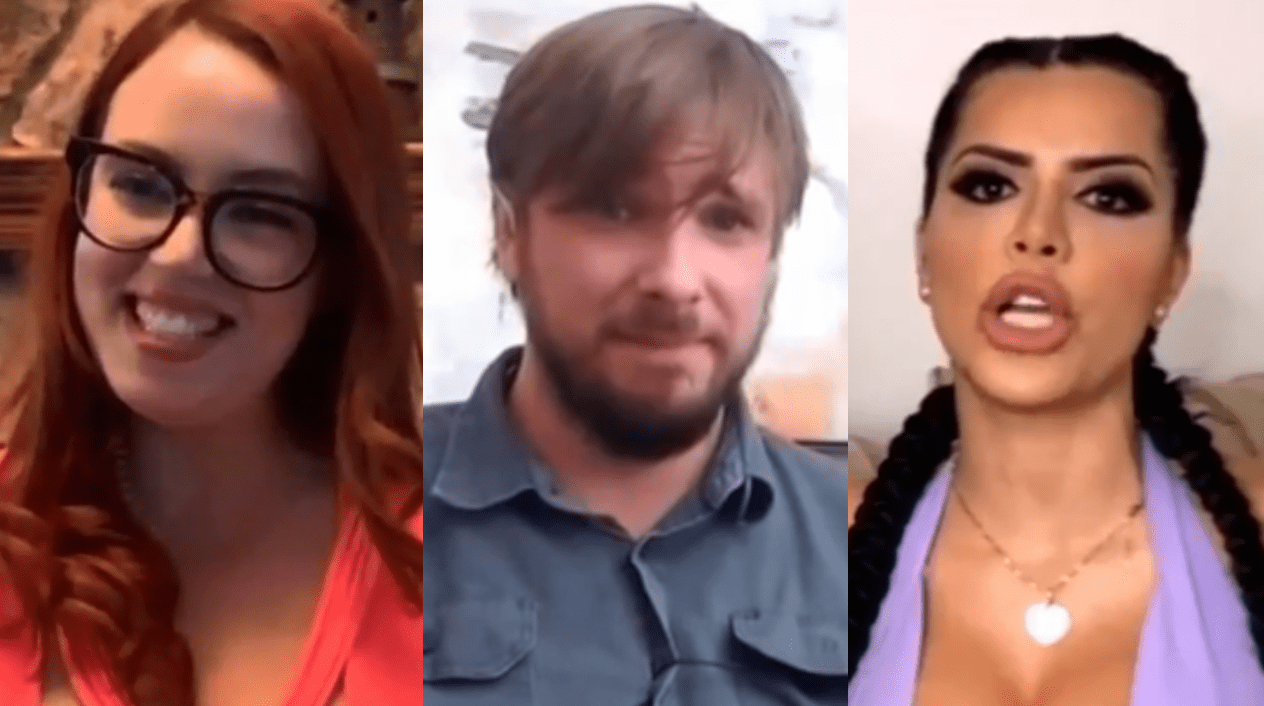 90 Day Fiance Happily Ever After: Colt Faces Larissa and Jess at the Tell All