Earlier this week, the Duggars revealed that a courtship would be announced on an upcoming episode of Counting On.

The big day hasn’t arrived yet, but the cat is somewhat out of the bag thanks to the many hints the family dropped on Tuesday’s installment of the show.

We can now pretty safely predict that Justin Duggar is courting.

A preview for next week’s episode showed the 17-year-old — who does not usually appear on Counting On — joining a social-distanced video conference and revealing that he has big news for the rest of the family.

Since only pregnancies and courtship announcements receive this sort of treatment in the Duggar clan, it’s tough to imagine that Justin might have some different sort of surprise in store for his parents and his many, many siblings.

Fans have complained about the manner in which the news is being dragged out.

This is the first time that a courtship announcement has been hyped and tied into an episode of the show like this, and it seems to confirm the rumors that Counting On ratings are on the decline, and Jim Bob is willing to pull any stunt to avoid cancelation.

The patriarch probably figured it was okay to reveal Justin as one of the courters, so long as the identity of his love interest was kept under wraps.

Unfortunately for Jim Bob, the internet exists, and Duggar sleuths are undefeated.

So it should surprise no one that Pickles 4 Truth — long regarded as Facebook’s top investigative journalist on all things Duggar — appears to have successfully named Justin’s mystery woman.

Apparently, her name is Claire Spivey — and it’s safe to assume she’s a Jim Bob-approved evangelical.

"Looks like Justin and Claire are the courting couple," Pickles wrote in a status update posted earlier today.

"But it could be another Duggar as well because they’re all in heat. I wouldn’t place any bets that this is the courtship that’s going to be announced," she continued.

But while the page isn’t making any guarantees, it offered up some additional evidence that Justin and Claire are "dating with a purpose."

"Justin and his gal both have brand new instagram pages," Pickles wrote.

"That’s usually a sign of an impending ice cream party in a church parking lot."

Very little is known about Claire, but one Pickles commenter claimed that a Facebook page belonging to Claire’s mother (screen shot below) revealed that the girl lives in Amarillo, Texas, along with her parents and three brothers.

It’s unclear how Justin and Claire met, but since the courtship reportedly took place online during quarantine, it’s possible they’ve never met at all!

In the past, Jim Bob has been very wary about out of state love interests — he’s still not over Jinger moving to LA with Jeremy Vuolo! — but he tends to trust his sons much more than his daughters, so maybe he’s okay with this one.

Justin is largely unknown to viewers of Counting On, but now that he and Claire have attracted so much attention, you can bet they’ll be making regular appearances — whether they like it or not! 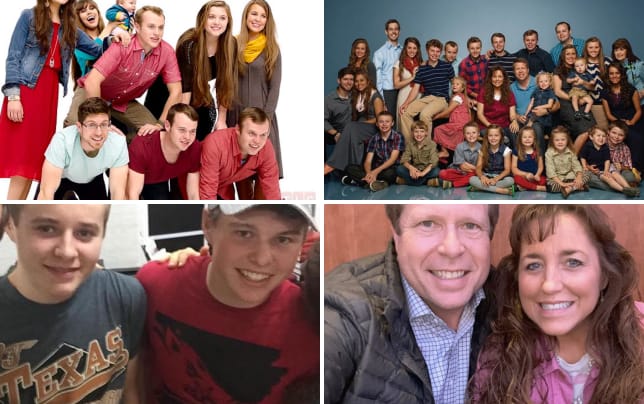