While we thankfully don’t hear much from Josh Duggar these days, Anna Duggar is as active in her in-laws’ media empire as ever before.

This week’s episode of Counting On featured Anna and her kids at a Duggar Christmas party, and it seems the scenes prompted a renewed interest in Josh’s long-suffering wife.

Fortunately, most of the feedback was positive.

But the internet is a cruel place in 2020, and some of the folks who flocked to Anna’s Instagram page did so with malice.

Of course, Anna has been in the limelight for the vast majority of her adult life, and she’s become quite accustomed to the slings and arrows of anonymous commenters.

One particularly passive-aggressive fan went fairly deep into the archives and commented on this photo of Anna and Josh from December of 2019.

Clearly over it after years of being forced to "talk sweet" in compliance with her in-laws’ ridiculous rules, Anna offered the unkind stranger some much-needed sensitivity training.

“Umm, I think it’s pretty typical not to feel the greatest less than a week after you deliver a baby …” Anna replied, as reported by In Touch.

“I was still happy to be with family and let them meet their newest niece!”

Yes, Anna had just welcomed her sixth child, daughter Maryella, at the time the photo was taken,

Granted, the commenter may not have known that Anna had recently given birth at the time of the photo.

But Anna is a Duggar woman — the safe assumption is that unless she’s about to give birth, she’s just given birth.

Why would a random follower look at a photo of Anna standing next to Josh — who molested five young girls — and comment on Anna’s appearance?

It’s a reminder that while the Duggars are generally terrible, there are acceptable things for which to mock them — like their ridiculous belief system — and unacceptable things — such as their appearances.

Look, we don’t relish having to defend a Duggar, especially one who’s repeatedly made excuses for Josh’s horrendous behavior.

But no one deserves to have random strangers insult their appearance on the internet.

Of course, no one deserves to be married to Josh Duggar either, but we can’t help Anna with that one.

Sadly, like all Duggar women, she’ll have to break out of the fertility cult on her own.

In the meantime, hopefully she can continue to draw some more paychecks from those Counting On cameos.

It’s the least her in-laws can do for her after all she’s been through.

And we highly doubt Josh is doing much in the way earning these days. 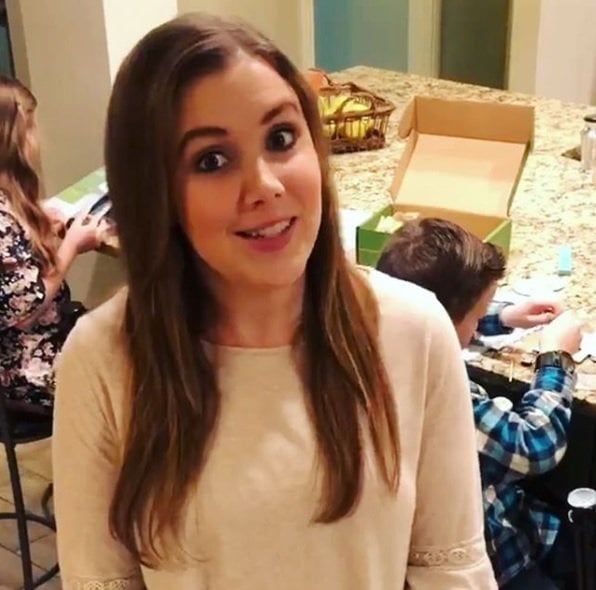