As we’re sure you’re aware, race relations have been at the forefront of the national discourse in recent weeks, and many long overdue conversations are finally taking place.

Something as inconsequential as a reality dating show might seem like a mere distraction following the police murders of George Floyd and Breonna Taylor and the weeks of protests that followed.

But as a recent article published by E! News points out, the shows that make up the Bachelor franchise wield tremendous cultural clout.

The series’ stars go on to careers as media personalities and online influencers.

The events of the previous night’s episode are discussed in offices and social media threads worldwide.

And when an institution that’s so important to so many people is almost entirely closed off to certain minority groups, the issue demands our attention.

Given how long the Bachelor franchise has been on the air and the number of stars and contestants it features on camera, it’s astonishing that the community has essentially just two spokespeople who figured prominently in recent seasons — Rachel Lindsay and Michael Johnson.

As E! points out, it took 21 seasons for a black contestant to make it that far.

Mike Johnson made it to the final seven during Hannah Brown’s season, and it initially looked as though the fan favorite would become the first black Bachelor.

Now, Rachel is among the many who are still curious — and more than a little frustrated — about the fact that it didn’t happen.

"I was extremely vocal about Mike Johnson and how he checked all the boxes and it doesn’t make sense why he is not the lead," Rachel said in a recent interview with Entertainment Tonight.

"And it even seemed as if the audience wanted him," she added.

"The audience was not into Peter."

Indeed, Peter Weber was considered by many to be a bizarre casting choice.

His season is widely regarded as a disastrous bore, and there’s a sizable segment of viewers who regard Weber as the worst Bachelor in the show’s history.

So why him instead of the widely-beloved Johnson?

Well, it seems producers have decided to keep the answer to that question a secret.

"I was told there was a reason. What that reason may be, I don’t know," Lindsay said.

"Maybe they can’t specifically tell me why they didn’t choose him. And I think if they could tell us, they would, because it just looks so bad that they didn’t pick him," she added.

Rachel seems to be suggesting that the producers’ decision was prompted by market research that indicated something uncomfortable about the Bachelor’s audience.

Creator Mike Fleiss indicated in a 2017 interview that ratings declined sharply during Lindsay’s season, and while he bemoaned this trend, he also seemed resigned to the fact that there was little he could do about it.

"I found it incredibly disturbing in a Trumpish kind of way," Fleiss said at the time.

"How else are you going to explain the fact that she’s down in the ratings, when—black or white—she was an unbelievable Bachelorette? It revealed something about our fans."

But it’s possible that Fleiss misinterpreted the numbers or rushed to a premature judgment.

Yes, the ratings were for Rachel’s season were down from the year before, but they continued to decline in the subsequent two seasons, when Becca Kufrin and Hannah Brown served as Bachelorette, respectively.

The upshot of this seems to be that ratings for the series have been on a gradual decline for years and will likely continue in that direction.

That’s the trend for most long-running network series these days, and it’s particularly unsurprising for a franchise such as The Bachelor, which made its debut way back in 2002.

While there will always be a handful of bigots who want the series to remain lily-white, all signs indicate that most members of Bachelor Nation want ABC to diversify its longest-running reality franchise.

And in the long run, producers would likely find that a move toward a more inclusive cast is exactly what they need to help The Bachelor remain relevant as the show approaces the 20-year mark.

Rachel famously quipped that she’d never watched an episode of The Bachelor before her friends encouraged her to audition.

And in a recent podcast interview, she poignantly revealed why that was.

"The reason I didn’t watch…is because The Bachelor did not appeal to me in any kind of way because it was notoriously known in the Black community that The Bachelor was not for us," she added.

"It was a running joke; if you’re Black, you only make it past week three, there’s never a lead."

Knowing that, producers now have the ability to right that wrong.

And if, as a bonus, the more diverse cast leads to a boost in ratings … well, we’re sure execs would be alright with that, too. 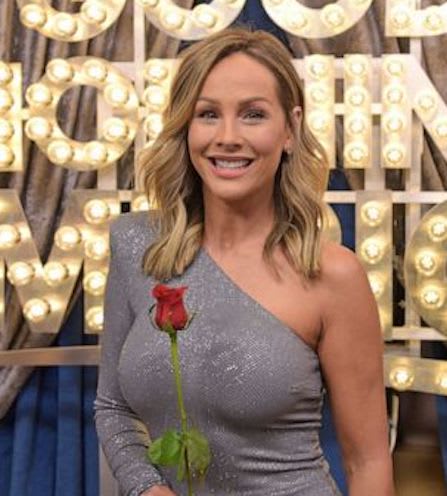