We’ve never seen a Bachelor receive quite so much input from his mother as Peter Weber.

And maybe that’s why we’ve never seen a Bachelor who seemed to be pulled in so many different directions before.

Looking back, we should’ve known something was amiss when Barbara Weber wept with joy upon learning that her son had banged Hannah Brown four times in a windmill.

It’s an impressive achievement, sure, but maybe not everything needs to be shared with the folks.

Anyway, that was only the beginning of Babs’ meddling in her son’s love life.

We’re sure you know the story by now:

Peter proposed to Hannah Ann Sluss and put in a half-assed attempt at making the relationship work, seemingly just because his mother approved of her.

When that romance inevitably fizzled, Peter dated Madison Prewett for about 48 hours.

That relationship was doomed from the start because — you guessed it! — Peter’s mom didn’t approve.

Fans assumed that was the last of Pilot Pete’s crash-and-burn romances, but, oh, how wrong they were.

And yes, we’re saying "dating" and not "hooking up with" because Peter has confirmed the relationship — and now, his parents are practically picking out grandkid names on social media.

Earlier this week, a Bachelor fan page posted a collage of pics from Peter and Kelley’s time on the show.

“She had a maturity & class that stood out above the rest,” a fan replied, prompting Barbara to respond, “Absolutely.”

We kind of wish Barb could be happy for her son and Kelley without shading the other contestants, but whatever.

And the Kelley praise didn’t stop there.

Peter’s father posted a pic of Peter and Kelley enjoying some cockpit time together, and he expressed his approval in the caption.

“Happiness is finding your copilot,” he wrote.

His wife replied, “Love is in the air.”

We know Peter isn’t the most popular contestant in the history of The Bachelor, but at least there’s a brightside to all of this:

If he stays with Kelley, then he’ll stop making tabloid headlines, which means we won’t have to here anymore lame pilot jokes! 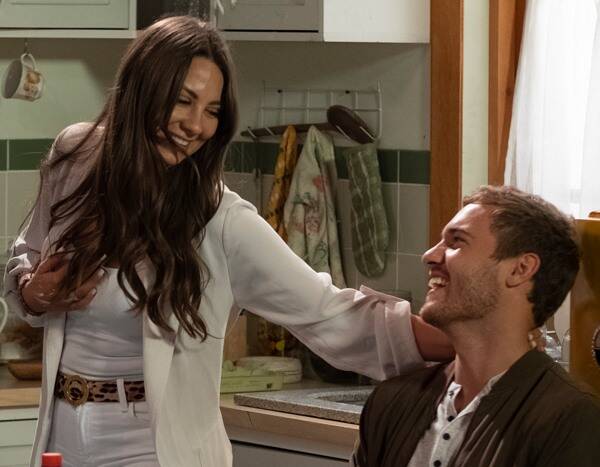