It was Mother’s Day on Sunday, and while the coronavirus pandemic may have put a damper on their celebrations, various members of the Duggar family still paid tribute to the moms in their life via social media.

There were some significant snubs — more on that later — but for the most part, it was a love-fest for maternal figures, as Duggars squashed rumors of bad blood or marital discord by declaring their affection for moms.

One of the most articulate and heartfelt tributes came to us courtesy of Jeremy Vuolo who expressed his love for wife Jinger Vuolo on Instagram.

Jeremy’s message to his wife may have come as a shock to some fans, thanks to rumors that Jinger is miserable in her marriage.

Some Duggar obsessives have even gone so far as to speculate that Jinger and Jeremy are headed for divorce.

If that’s the case — which we highly doubt, for the record — the couple is certainly doing a good job of hiding it.

On Sunday, Jeremy posted the above photo of Jinger and daughter Felicity, along with a lengthy caption explicating the qualities that make Jinger and every devoted mom so special.

"Being a mom isn’t easy. Starting at the moment of her child’s conception, the care, compassion, and protection begins," Jeremy began.

From there, he continued to praise Jinger, while simultaneously hinting that he does not share his father-in-law’s disdain for all forms of secular entertainment.

"In a recent interview, Drew Barrymore said of motherhood during the pandemic, “I don’t know if there are good days and bad days. I think there are good hours and bad hours. I cried every day, all day long’,” Jeremy wrote.

"Can you relate, moms? She concluded:

“’It was the messiest plate I’ve ever held in my life to be the teacher, the parent, the disciplinarian, the caretaker.’ Take it from Barrymore, a wildly successful actor, producer, director, author, model, and entrepreneur: motherhood is no walk-in-the-park.

Yes, it’s interesting to see a member of the extended Duggar family pay tribute to a film icon like Barrymore, especially given the disdain that the Duggars have historically demonstrated toward Hollywood and its "traditional values."

From there, Jeremy continued to pile on the praise by comparing Jinger’s discipline and commitment to that of an elite athlete.

"And over the last three years, I’ve gotten a front row seat watching Jinger on her motherhood journey. What’s it been like?" he wrote.

"Well, have you ever thought, when watching an Olympic gymnast slide across the balance beam, ‘I could do that! How hard could it be?’ and then you try it and fall on your face?" Vuolo asked.

"Yeah, it’s been kind of like that. She makes motherhood look so easy, so natural, so graceful. Every day, Felicity is tenderly loved, guided, protected, and nurtured."

With obvious awe for his wife’s maternal instincts, Jeremy extended the analogy:

"From my vantage point, I see Jinger gliding across the balance beam, somersaulting into back handstands and cartwheels," he wrote.

"But I can forget, just like when watching that Olympic gymnast stick her 10/10 landing, the blood, sweat, tears—the selfless dedication—that make it possible. Being a mom isn’t easy," Vuolo continued.

Needless to say, if there’s any trouble in the Vuolos’ personal paradise, Jeremy is doing a good job of hiding it.

As for that snub we mentioned earlier, fans were quick to point out that Jill Duggar did not wish her mom a happy Mother’s Day on Instagram, which is all the more reason to believe that all is well between Jinger and Jeremy.

It’s another reminder that when the Duggars have beef, they’re generally not very good at hiding it. 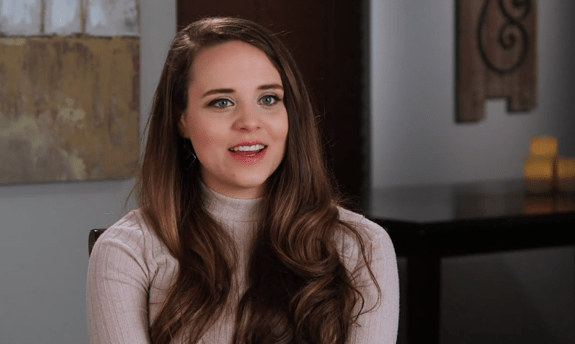