Last year, Robert and Anny were married on 90 Day Fiance despite a lot of friction, some secrets, and very little time together.

Now, they have a huge announcement: they are expecting their very first child together!

"I feel so happy and fortunate to share the arrival of my baby," Anny writes in the caption of a photo of the ultrasound.

She then refers to her first child as "my gift from God."

You can really feel Anny’s excitement.

"The baby has not been born yet," Anny affirms, in case anyone was unsure.

But she has already invested a lot of love in her future child.

She writes: "and it’s the most beautiful feeling that I have ever felt."

"It fills me with joy to know that I’ll have someone to fight for," Anny expresses.

"I wait for him or her with lots of emotion," Anny’s post concludes.

You can see the image that she included for yourself:

Interestingly, Anny makes no mention of Robert in the announcement, even though he is reportedly the father.

(He is also, you know, her husband; they’ve been on Pillow Talk together and are expected to appear on Self-Quarantined later this month)

This may be so that she and Robert can address the news as a couple, together, on this very special spinoff.

As we reported, stars will be broadcasting from their own homes while sheltering in place during this global pandemic.

This will be Anny’s first child.

This will actually be Robert’s sixth child.

Robert’s 5-year-old son, Bryson, is the child who lives with him — he was featured on the show.

Bryson quickly became attached to Anny, even months before she and Robert tied the knot.

Robert previously described his experience as a single father.

"It’s not hard at all,” he wrote on his Instagram Story.

“The only thing I can say that’s a little challenging [is] when I need to work," he expressed.

"And," Robert noted, "I don’t have someone to take care of my kid, like my immediate family because they’re in Brooklyn."

As 90 Day Fiance fans have observed, a lot of couples end up fizzling out — particularly those who have not yet initiated the K-1 visa process.

It’s not that the K-1 visa process is some sort of magic glue that binds relationships together.

Rather, it just costs a lot of money to move someone to the US, in terms of applications and fees and also being able to support them.

But Anny and Robert are taking things to a whole new step by having a child together. They are certainly not the first couple to do so.

We are sure that little Bryson is excited about becoming a big brother.

Five-year-olds (and he may be six by now) are at an age where they can truly appreciate what that means.

We are excited for this entire family and their new journey. 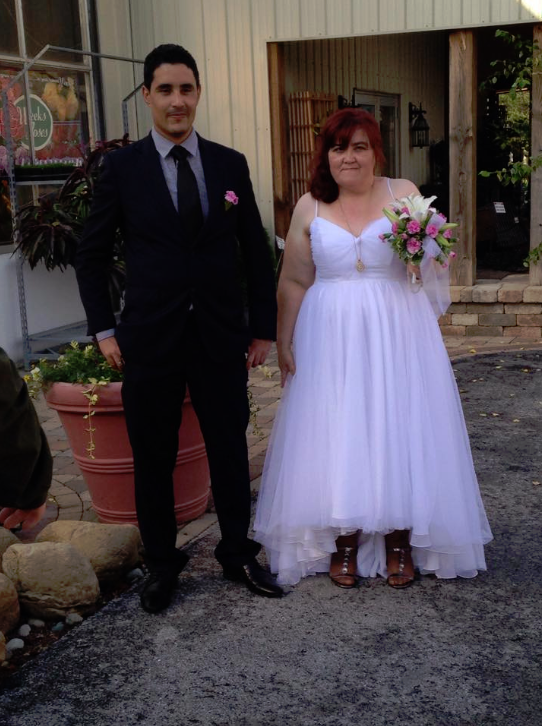