Jill Duggar may have married an infamous bigot, but she has made it clear that in other respects, she’s unwilling to walk in her awful parents’ footsteps.

She only has two children, Samuel and Israel. And her sister-in-law just let it slip that Jill and Derick are not planning on adding a third child.

Israel David Dillard was born in 2015. He is four years old, and will turn five in about a month and a half.

Samuel Scott Dillard was born in 2017. He is two years old.

Jill has revealed on multiple occassions that she feels overwhelmed by her role as a stay-at-home mom. Every day is chaos.

Now, it seems that Jill has decided two is enough.

We know this because her sister-in-law Lauren Swanson just accidentally spilled those serious beans on Instagram.

Lauren Swanson held an Instagram Q&A and one person very bluntly that she post a "link to crib" in case anyone else wanted one like it.

"I’m afraid I don’t have a link to the crib," Lauren confessed in her Instagram Stories.

She explains that "it was a hand-me-down."

From whom, you ask? Well, Lauren solved that puzzle by tagging Jill Duggar Dillard.

Hand-me-downs are a common practice in families, but the Duggars exist on the fringes of society and so do their habits.

Why would someone who is planning on having four or six or eight or twelve or, say, nineteen children pass on a perfectly good crib to her brother?

The answer is simple: she very likely would not.

If Jill were currently pregnant, trying to get pregnant, or even planning on the possibility of becoming pregnant within the next two years, she’d almost certainly keep the crib.

It’s not just that having two young children makes every day a fast-paced chaotic nightmare that takes a week’s worth of energy out of you.

For Jill, even the pregnancies have been difficult and even dire.

With Israel and with Samuel, Jill struggled with labor and ended up having C-sections.

And Samuel spent weeks in NICU after his birth, Jill and Derick ended up with a five-digit hospital bill.

It’s a reminder that certain aspects of our healthcare system would benefit from being overhauled, but that’s a conversation for another time.

Naturally, Jill’s decision is unlikely to sit well with her parents, who taught their daughters from a young age that procreation is their primary reason for being.

But at this point, Jill is likely well accustomed to feeling like a disappointment to Jim Bob.

She’s not the only member of her family who has been labeled a "rebel" after marriage, but at this point, she might be the one who’s defied her parents the most.

And the contentious relationship that she and Derick have with the overbearing Jim Bob seems to become more tense by the day.

Jill apparently cannot go to visit her parents’ home without Jim Bob’s express permission, even to assist in a birth.

Meanwhile, notorious child-molester Josh Duggar seems able to come and go from the house as he pleases — so long as he does not play hide-and-seek.

Now, no one is claiming that Derick Dillard is a good person — that would be absurd. He’s a notorious bigot.

But fans do applaud him for going to war, verbally speaking, with Jim Bob.

Derick has been calling him out for being controlling, dishonest, and for keeping money to himself.

Jill’s life may be chaos now, but having just two kids is the right move for her household and will give her time to actually know and love her kids. 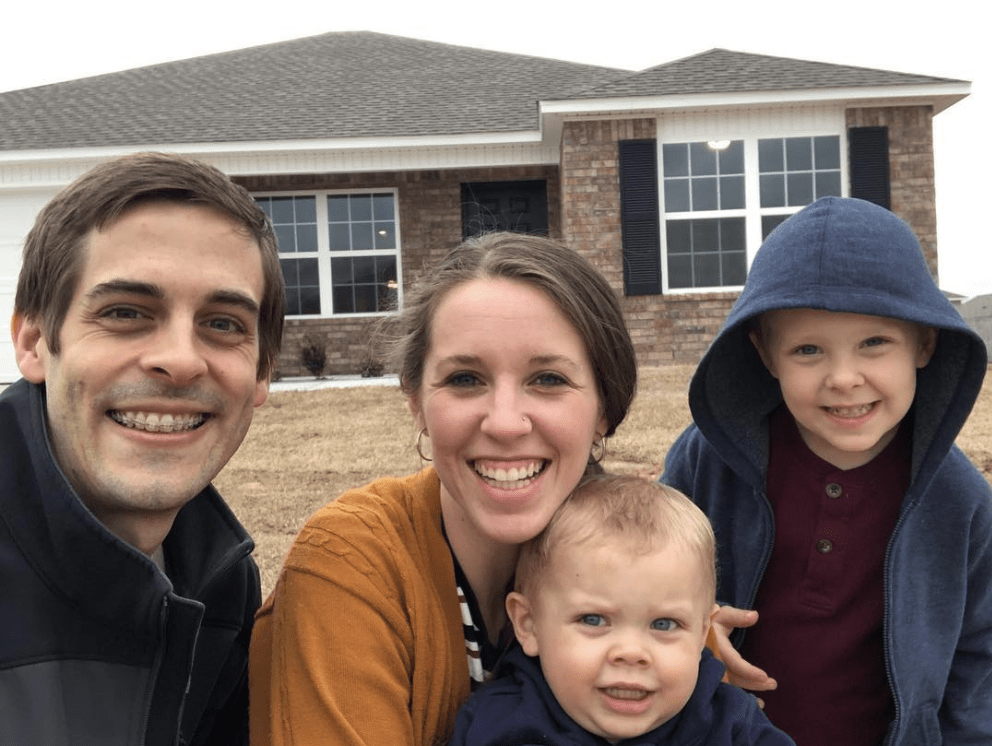