Mastodons. The Spanish flu. Getting running over by one of those old-timey bikes with the giant front wheel and the tiny back wheel.

There are lots of things past generations had to worry about that simply aren’t concerns for us in 2020.

But to be fair, we have many, many new sources of anxiety that our pantaloon-sporting predecessors never could have imagined.

Take, for example, the high-wire act of juggling multiple accounts on the same social media platform, and the horrors that can occur when your drop the ball.

For most of us, such a flub results in the minor embarrassment of liking our own selfie.

But if you’re new to the spotlight like Bachelor frontrunner Madison Prewett, the fallout could be devastating.

If you watched Monday night’s 3-hour season premiere until the bitter end, you know that Madi was the lucky recipient of the first one-on-one date with Peter.

Some (read: us) were of the opinion that introducing a date to your entire family without warning her first and then springing it on her that it’s actually your parents’ anniversary/vow renewal ceremony is more than a little creepy.

But, of course, Madi is totally into it every step of the way.

(After all, The Bachelor and The Bachelorette are about besting your competitors. If you happen to have feelings for the person handing out the roses, that’s a nice bonus.)

After the episode aired, Madison took to Instagram to gush about he experience:

She then commented on her own pic — which would be fine, were it not for the fact that the comment was clearly meant to be posted from a fan account.

"Beautiful date Madi. You are so genuine and real," Prewett weote.

"We, too, believe we are genuine and real," a fan replied, pointing out the mistake in a light-hearted manner.

"Happy to provide tutorials on toggling between your personal and fan accounts."

That’s when the Madi and her inner circle went into damage control mode.

"Oops. Thought I wrote that comment about being real & genuine from my account but was logged into Madi’s from when she got back from filming. Don’t hate me @madiprew," wrote one of her friends.

Well, that’s one loyal friend — but unfortunately, she’s not a very good liar.

Because that seems — how shall we put this? — like a poorly-conceived lie that was thought up in a moment of panic.

If you’ve been following our Bachelor spoilers (Yes, this is your final SPOILER ALERT!) you know that Madison makes it into Peter’s top two.

Of course, there’s reason to believe that Weber hasn’t proposed to anyone yet, and he may be saving the big moment for the live reunion show.

Could Madi’s duplicity factor into his final decision?

After all, he’s been gushing about Madison non-stop since their date aired.

"I lucked out with that date like no other," Weber told ET on Tuesday

"That could have realistically been a really awkward and uncomfortable date. That’s a big thing, introducing [a woman to your family], of course when you’re dating and the first date, but she absolutely knocked it out of the park, killed it," he added.

"I was flying really high after that date," he recalled. "She definitely really got off to a really good lead. And you guys saw it."

Flying high? Get it, ’cause he’s a pilot?

Man, this is gonna be a long season if he and Chris Harrison don’t sarte easing up on those aviation puns. 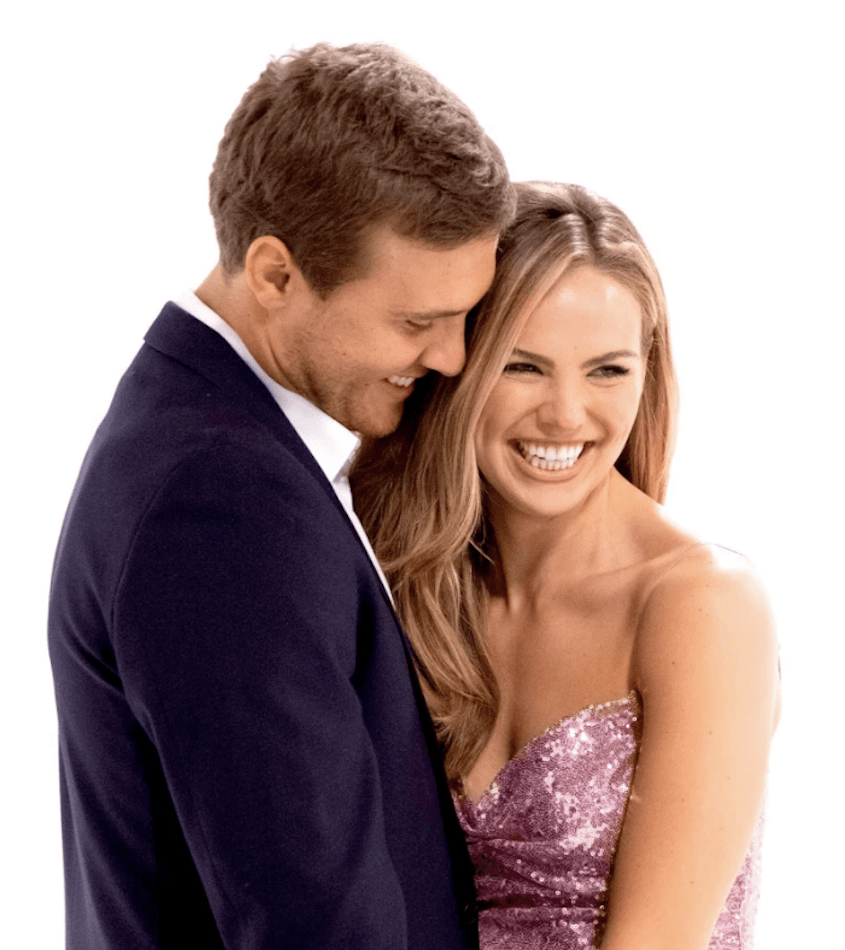 The Bachelor Season Premiere Spoilers: What is Hannah Doing There?!?