Earlier this month, Khloe Kardashian announced that she forgives Tristan Thompson, and got defensive when fans challenged her on that.

A new report says that fans were right to be concerned about a slippery slope … because Khloe and Tristan have secretly gotten back together.

"Khloe and Tristan are 100 percent back together," the insider warns.

That is a heart-rending revelation and we would love to believe that it is not true.

Unfortunately, the source explains: "He spends the night there frequently when he is in town."

But fans shouldn’t expect Khloe to announce that this horrifying news is a reality. Not any time soon, anyway.

"It’s a secret," the insider notes.

The source explains that Khloe is keeping this under wraps "because she knows how much everyone would judge her."

Well … yeah. Fool me once, shame on you. Fool me twice, shame on me. This would be the third time that Khloe has been "fooled."

"But she loves him," the source says, as if that matters even a little or could explain such a catastrophic mistake.

Love is great, but it’s not enough on its own for a healthy relationship.

The insider acknowledges that Khloe still loves Tristan "despite how s–tty he treated her."

"She’s hiding it from the public," the source continues.

The insider then reveals: "But her family knows all about it."

The Kardashian family is infamous for its almost pathological solidarity, supporting each other as a unified front.

Oh, the sisters will quarrel nonstop on the show, but they’ll keep Khloe’s secrets if it means that much to her.

"They don’t hate him," the source astonishingly claims of the greater Kardashian clan.

That’s a little shocking. He may be True’s father, but he humiliated Khloe more than once.

The insider explains that they manage to not hate him because "He’s nice."

"They hate the way he treated her," the source affirms. Wild that they can compartmentalize the man from his actions.

Previously, sources have described Tristan’s manipulative behavior as he tried to weasel his way back into her heart and her bed.

"Tristan does all sorts of flirty things, like sending Khloe flowers and little gifts," the previous insider had chillingly warned.

The source at the time had explained that it was "all trying to convince her to give him another chance."

Mind-numbingly awful to think that he may have succeeded.

When Khloe recently wrote about how she has forgiven Tristan, a fan wrote back that they wished that he hadn’t cheated on her.

"Same babe. Same lol #KUWTK," Khloe replied, in reference to his gift of jewelry as seen on the show.

"But we are co-parenting so well right now. It is a great space to be inm" Khloe claimed.

She worte: "Co-parenting is such a hard space. Much respect to all co-parenters."

"I don’t hold any negative or hateful feelings towards anyone! I mean that. life is short!" Khloe wrote recently.

She very correctly affirmed: "We are all humans trying to figure out this thing called life."

"I have chosen to not pollute my heart and my energy by holding onto anything negative,” Khloe noted.

“I am allowed to forgive," she emphasized. "Forgiveness is a strength and not a weakness."

Believe it or not, we’re not really judging Khloe too harshly for this.

But more importantly, because we are deeply skeptical of this report. Khloe may be a fool in love sometimes, but she’s no fool.

If Tristan sleeps over when he’s in town sometimes, might that be because True lives there? Just a thought. 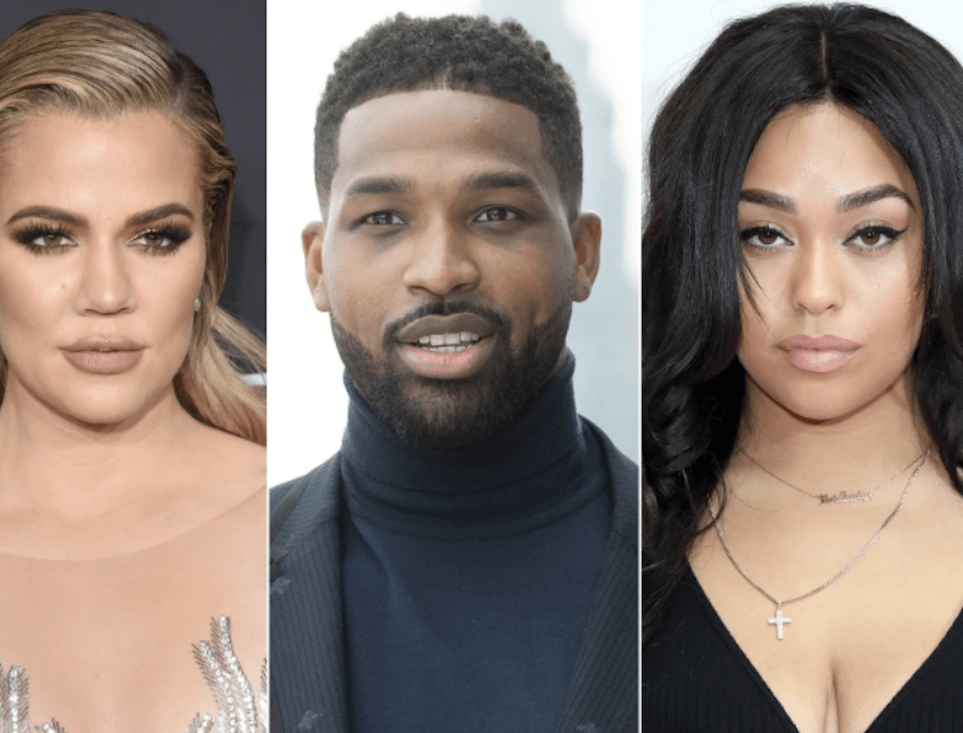