Most reality TV viewers are aware that much of what they see on screen has been scripted or otherwise choreographed by the shows’ producers.

Even so, the audience likes to believe that most of the content they’re enjoying is an organic reflection of reality.

What they don’t like is to be reminded that they’re watching an intricately-produced TV series and not peering in on the lives of their favorite stars.

It’s for that reason that some fans were upset by Jana Duggar’s recent post in which she shared a behind-the-scenes glimpse at how Counting On is made.

Jana shared a series of pics designed to highlight how hard the show’s crew works.

"Here’s a few behind the scenes, throwback pics from previous shoots! Grateful for all of our amazing crew members!" she wrote on Instagram.

"Don’t forget to tune in tonight and watch the new episode of Counting On on [TLC] at 9/8c!"

"Is that a set?? I’m confused," one fan commented.

"Is that a set? Looks like a cooking show lol," a second echoed.

"Oh wow. I thought you were filmed at home, but it is all staged and recorded in a film studio?" a third asked.

Jana chimed in, and at first, she bafflingly maintained that the show is not filmed on a soundstage — this, despite ample evidence to the contrary.

"I guess it does kinda look like that," she wrote with a laughing emoji.

"It’s actually in our guest house."

"Looks like their guest house must be a metal building, with a high roof, that they built interior walls in," one fan commented in Jana’s defense.

But when followers continued to point out that the interview segments are clearly filmed in a studio, Jana finally conceded that they were correct.

"Yes, interviews are done on a set," she replied to one fan.

There’s no grand conspiracy at work here, and we’re sure the majority of Counting On is filmed on location at the Duggar compound.

Still, it does seem that Jana revealed a little bit more than she intended to — and then attempted to backpedal.

We can’t help but wonder — if she’s being dishonest about this, what else might she be lying about?

What if Jana’s not even single?!

We kid, of course. Duggar fans are an obsessive bunch, and they’d uncover a secret courtship in a matter of weeks. 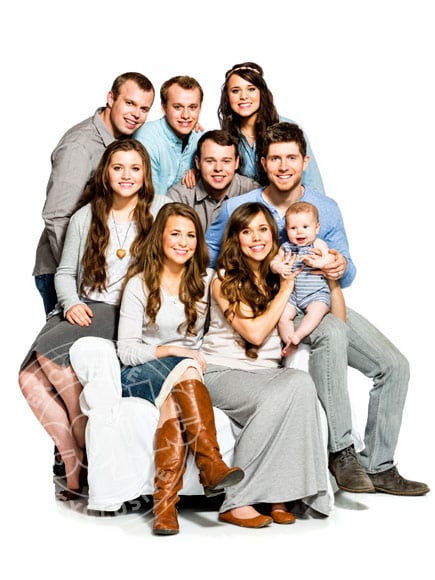