Back in 2017, Derick Dillard was fired from Counting On.

Dillard maintains that he quit the show, but several sources — many of whom have shown themselves to be much more reliable on this matter than Derick — have confirmed that he was let go by TLC due to his insistence on bullying fellow network star Jazz Jennings on social media.

Of course, we don’t really need the accounts of corporate insiders to know that Derick got canned.

The fact that he went from reality star to Grubhub delivery driver is enough to tell us the decision wasn’t his.

For reasons that remain unclear, Derick’s wife, Jill Duggar, decided to quit the show, seemingly as a show of support for her husband.

Obviously, that decision was ill-considered, as the Dillards are now supporting two kids on a Grubhub driver’s salary.

To be clear, what Derick did was horrendous, and he absolutely deserved to get fired.

But TLC execs are a forgiving lot, as evidenced by the fact that Jill’s family still has a show at all following the Josh Duggar sex scandals.

So if the Dillards were willing to put in the work necessary to make things right, they could probably work their way back onto television.

But it seems Jill and Derick are still happy to let their pride stand between themselves and a pair of six-figure salaries.

During a recent Instagram Q&A, a fan inquired as to whether the Dillards might have a future on the network that made them famous.

“Are you guys going to do Counting On anymore?” the follower asked.

“Thanks. We get asked that a lot," Jill promptly replied.

"No plans to [return] currently. It just all got to be too much for our little family, so we decided to step away from it all a couple years ago before the birth of our second child," Mrs. Dillard added.

Obviously, Jill’s reveal that she won’t be returning to television has been treated as the big takeaway here.

But equally interesting is the fact that she’s still sticking to the Derick-approved explanation for why she’s no longer on the show.

Jill still claims that she and Derick made the decision to quit the series, even though we know for a fact that they got fired.

Now, we’re no biblical scholars here at THG, but we’re pretty sure the Good Book has a thing or two to say about lying … 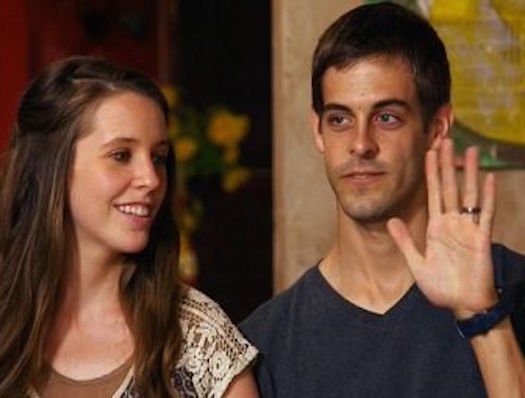