In case you happen to live under literally the biggest rock ever, Jennifer Aniston finally joined Instagram last month.

And I would be lying if I said I didn’t hit "follow" immediately and obnoxiously scream "OMG!!" into my phone.

I have seriously never been so excited to hit the "follow" button for anyone. But apparently, the rest of the world can relate consdiering majoirty of it is also following her on the leading social media site.

When Jen made her debut post on October 15 (which featured a reunion photo of her with her Friends!) the platform literally crashed because her page was getting too much traffic.

Ok, that’s when you know you’re that famous.

Instagram wouldn’t let anyone follow her for about an hour and fans were, naturally, very upset. However, the site eventually calmed down and the "follows" continued to quickly, and I mean quickly, come in.

Jen doesn’t have that many followers when you look at others in the game (@ the Kardashians), but considering the fact that she has only been on the social network for a little over a month, well, it’s truly insane.

So insane, that she literally broke a Guinness World Record for the fastest account to reach one million followers in less than 6 hours.

And as of now, she has a casual 20M followers.

To celebrate her rather impressive milestone, Jen expressed her gratitude with a heartwarming video of herself tearing up at an awards dinner.

So, let’s get this straight: she joins Instagram, literally breaks it, starts trending, breaks a world record, and then humbly says thank you, to us. Only Jennifer Aniston.

While most of her fans praised her accomplishment in the comment section, not everyone was on-board with the compliments.

In fact, some of Jen’s famous pals took the chance to troll her post, leaving some hilarious comments.

"WTF you’ve only been here a couple weeks. I’ve been working this scene for 4 yrs!" wrote Erin Foster.

Jen’s stylist Jamie Mizrahi joked that she thought the actress would’ve hit the 20 million mark much sooner, commenting, "Why’d it take you so long?"

And David Spade even added a fantastic response by writing, "Right behind you!"

Wow. It’s no doubt Jen’s relatable and humorous content (and just her existence) is taking Instagram by storm.

At this rate, we wouldn’t be surprised if she racks up another 20 million, maybe even 50, by next month!

But for now, we patiently wait for her to bless us with more behind-the-scenes photos from the Friends set. 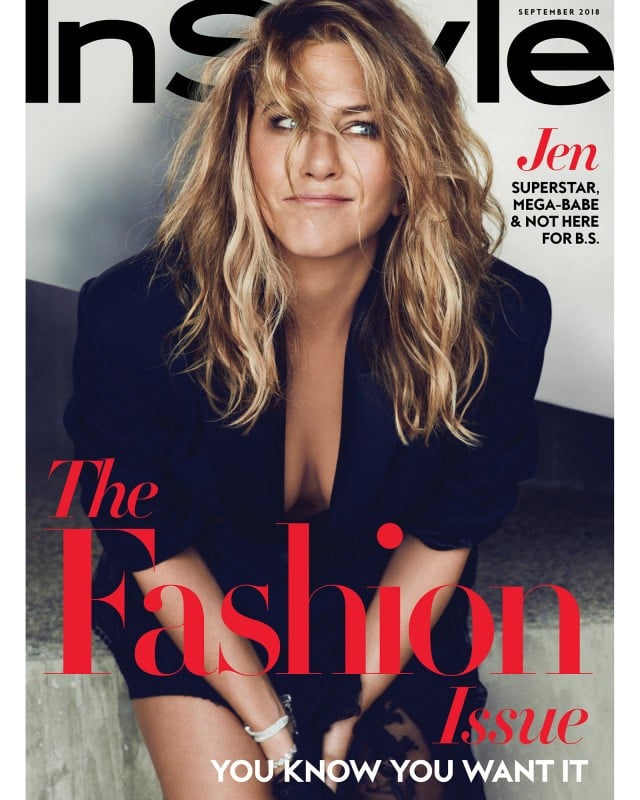