But the couple has now made it more clear than ever before:

They may soon be major players once again in the Little People, Big World universe.

Audrey and Jeremy left this beloved TLC series in August of 2018 because they had simply grown sick of being followed around by cameras after so many years as program leads.

They also wanted to pursue other business opportunities, which the husband and wife have done with great success over the past several months.

They host a popular podcast… they wrote a best-selling memoir… they still run the company Beating 50 Percent.

Of late, however, Jeremy has hinted that he’d be interested in owning a farm someday.

And not just any farm, either — but Roloff Farms!

In late July, after Matt Roloff made it pretty clear that he’s ready to move on and retire to Arizona with girlfriend Caryn Chandler, Jeremy wrote that he has "ideas and dreams for (hopefully) Roloff farms."

Asked by a follower why he hasn’t just gone ahead and purchased the property from his parents, Jeremy pointed to the cost.

On a second occasion this summer, Jeremy emphasized that the farm so often featured on Little People, Big World would be "very expensive" to buy.

This may be true —  but whether it’s because his parents could give him a deal or because Jeremy thinks he’ll be able to afford the farm someday, he very recently implied that running Roloff Farms is a strong possibility for him and Audrey down the line.

First, consider the caption Jeremy wrote alongside the following image of himself and his daughter, after they visited some friends:

Did I mention that Ember loved our trip to @fivemarysfarms Haha. If you didn’t know, they have the best meat ever and they ship their meat nationwide! Give it a try you won’t regret it.

There’s something about the farm/ranch life that touches me deep down. I love it.

This trip and watching Ember play definitely reawakened us to a yearning & burning we have for land. We’ve always wanted property, but it obviously takes more than want to achieve something.

It feels like time to make decisions and a game plan.

Make decisions? Come up with a game plan?!?

Jeremy is obviously referencing a possible farm purchase here… which is why a follower responded to his post by asking:

“Is the family farm not an option? I always assumed you and Zach would take over from your parents."

To this inquiry, Jeremy answered: “It totally is an option!"

So there we have it! So exciting, right?!?

For those unaware, Amy Roloff sold a portion of the farm to her ex-husband, Matt, a few months ago.

She’s in the process of looking for a home off the property, but she still has some control over the farm.

She and Matt still own most of it together, with Matt telling a fan this summer that he’s pretty much done with running it.

"I would love Amy to buy her side of the farm and let me move to AZ full time," he wrote at the time. "She’s scared to death of the work and attention it would take.”

To learn more about the current state of Roloff Farms, click HERE.

And to see how Jeremy and Audrey learned they were expecting a boy, click down below! 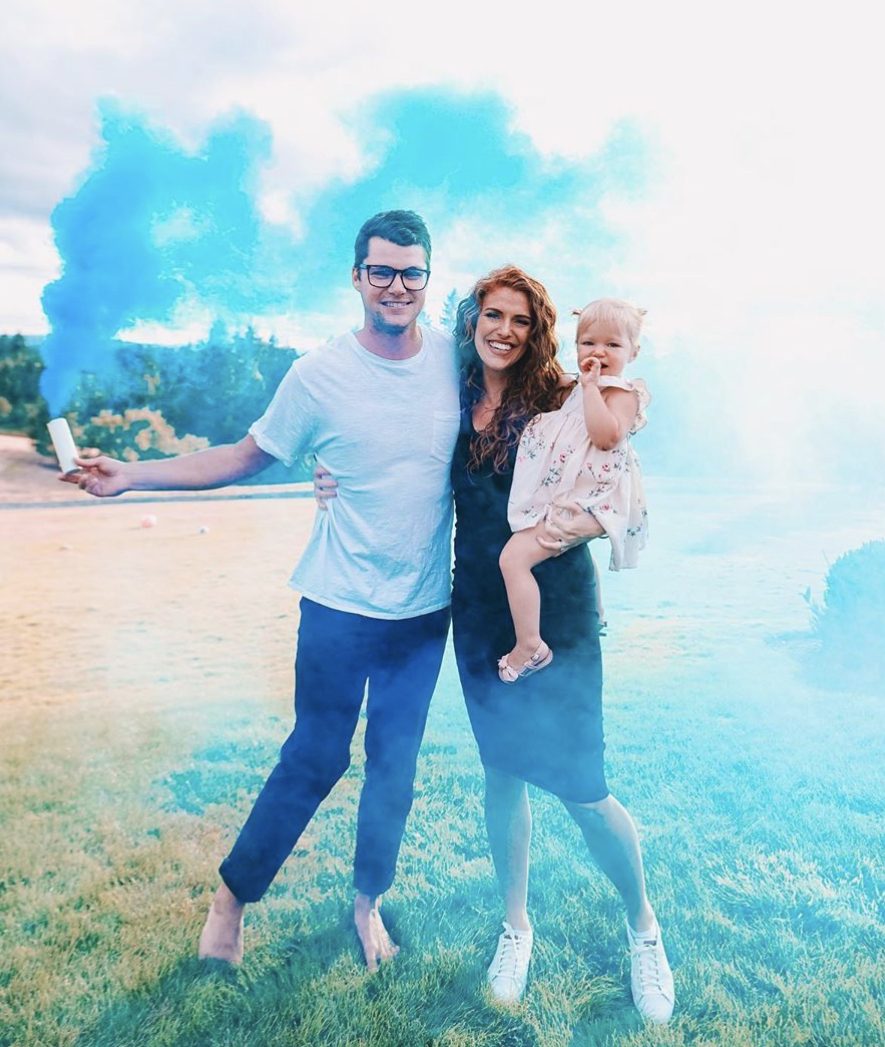