Another day, another accusation leveled against Amber Portwood from estranged boyfriend Andrew Glennon.

We’re really starting to think these two may not be right for each other.

The veteran Teen Mom OG star and her second baby daddy have been at major odds for a long time now, of course, with Amber actually getting arrested back on July 5 for felony domestic assault.

You likely know this by now, but it’s worth repeating:

She’s accused of attacking Andrew while he held the couple’s baby son, James, in his arms.

Then, she reportedly threatened to kill herself, actually swallowing a number of pills prior to throwing them back up.

Then, she reportedly used a machete to try and break down the bathroom door behind which Glennon was hiding with James.

Since this incident took place, Glennon has filed for primary custody of James and, more recently, filed the necessary documents to relocate to  California.

And take his son with him in the process.

As of this writing, Amber is only permitted to see James with a court-appointed supervisor and her relationship with Andrew — as you might obviously expect — isn’t exactly in a good place.

Moreover, James may have just made it even worse.

Speaking to Us Weekly, Andrew said this week that Portwood didn’t just abuse him physically… she also abused him financially.

“The financial abuse and ‘familial’ mindset of Amber has never been more clearer [sic] than it is now,” Glennon tells Us Weekly, adding in this new interview:

“Any and all money coming in, even in my name, ‘belonged’ to her and that’s how she saw it. She’s made that very clear and the threats were a constant part of life with her.”

"I wanted a happy family, whereas she was more concerned with her own agenda and her actions have proven exactly that.

"I put everything into the family account because I wanted a happy and provided for family.

"All profits went into the family account and spent on family travels, health expenses, Amber’s jewelry & clothing, food and life."

It sounds like Glennon is saying that he and Amber have been keeping their money in a shared bank account — and that Amber continues to just take it out these days and spend on things that have nothing to do with him or their son.

Why is this ironic?

Because Portwood and Glennon do seem to agree that thousands of dollars have gone missing from their joint bank account.

HOWEVER, Portwood says she was “suspicious” of Glennon, one source told Us Weekly just yesterday, implying that he has been stealing from her.

We covered that allegation HERE.

Conversely, though, someone close to Glennon alleges that Portwood “insisted on removing all the money from their joint account and buying a safe” after the ex-couple noticed unauthorized transactions in the account.

This insider also claimed that Glennon “could not keep up with Amber’s unnecessary life expenses,” while a source close to the reality star says that “all the money was coming from Amber,” who “gave him many thousands to day trade with.”

In even more other words:

It also sounds very much on brand for Glennon and Portwood. 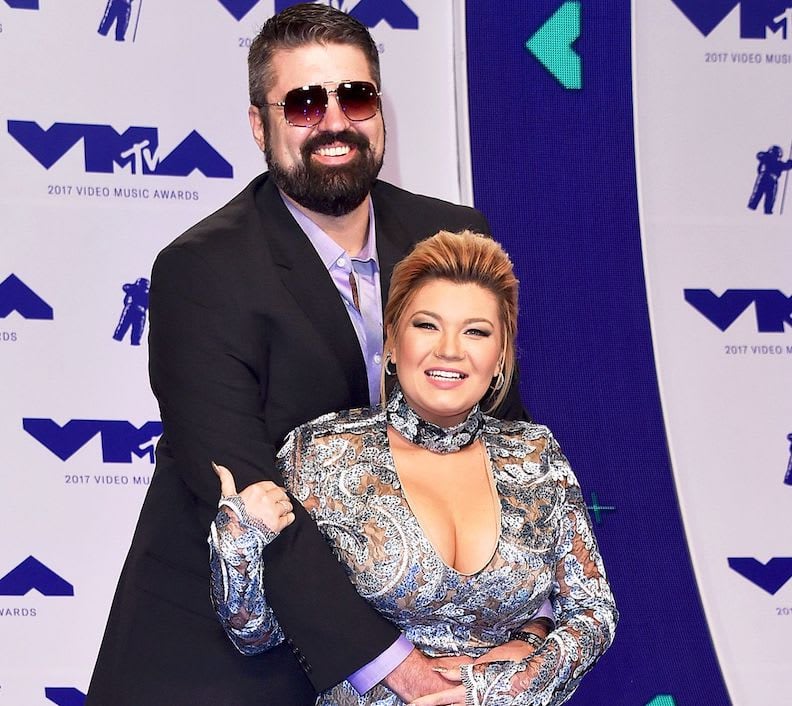 Andrew Glennon: Okay Yeah Amber Portwood May Be a Violent Psychopath … But I Love …