This week’s brand new episode of Teen Mom OG proved an old quote by William Shakespeare to be more accurate than ever:

What’s past is prologue.

This is especially true for Amber Portwood.

And while she waits to attend a hearing currently scheduled for Wednesday morning, MTV aired an episode of Teen Mom OG on Monday evening that featured Portwood delving into her history of mental illness… specifically how it has caused her to turn violent in the past.

Along with co-stars Maci Bookout, Catelynn Lowell and Cheyenne Floyd, Amber traveled to Florida on this installment in order to celebrate a full decade of Teen Mom being on the air.

At one point, Cheyenne told Amber that she didn’t have a "complete understanding" of the latter’s mental health diagnosis and asked her fairly new friend to explain it.

Amber, who has never been why when it comes to this topic, said she was diagnosed with bipolar disorder when she was 17 or 18.

"I didn’t really believe it because at that time everybody was diagnosed with it," Portwood replied, adding in more detail:

"So I got like four different opinions and it was all the same. And then I had borderline personality disorder, BPD. That stems more from your childhood and things that you went through."

Portwood also admitted that she’s on medication and actually used to be on even heavier medication.

"Obviously since the day we started this show, I’ve been f-cking nuts, so I mean, come on," Amber said, only half joking.

"I mean, you know what I mean. Like, I’ve been beating up people, going in jail and all that," Amber actually said, eerily previewing the assault arrest that took place months after this scene was shot.

Portwood, of course, was also arrested back in 2010 for attacking then-boyfriend Gary Shirley.

After violating the terms of her probation that resulted from this arrest, Amber spent 17 months in jail in 2013 and 2014.

That was then — and, now, it’s tragic that not a lot has changed for Portwood.

At one point on this episode, she experienced major anxiety while out shopping because the women were surrounded by the paparazzi.

Ironically, though, Amber spoke to Andrew about it and he encouraged her to remain positive and to have fun with her co-stars. He even sent her a bouquet of flowers, as you can see here:

"I’ve never had a guy that’s ever treated me like this. I feel weird. I have to train myself to do that because I’m not used to it," Amber said about Andrew’s act of kindess… which, again, is sadly ironic, given what reportedly transpired this past Friday.

Glennon thought Amber might really hurt both himself and their son.

According to the official Indiana police report, Portwood struck Andrew in the neck with a shoe around 2 a.m. on July 5.

"I need help," Andrew wrote in a text message to 911 after this happened. "My life and my son’s life is in danger."

Officers on the scene then observed scratches and red marks on Andrew’s neck, while an evidence technician took photographs of the injuries.

"Ms. Portwood stated that she did indeed strike (her boyfriend) with a shoe," Metropolitan Police Department Officer Ryan Salisbury wrote in his report. "But stated that ‘it was in the shoulder and I barely hit him.’"

Neither Portwood nor Glennon has commented on the arrest of alleged assault at this time. 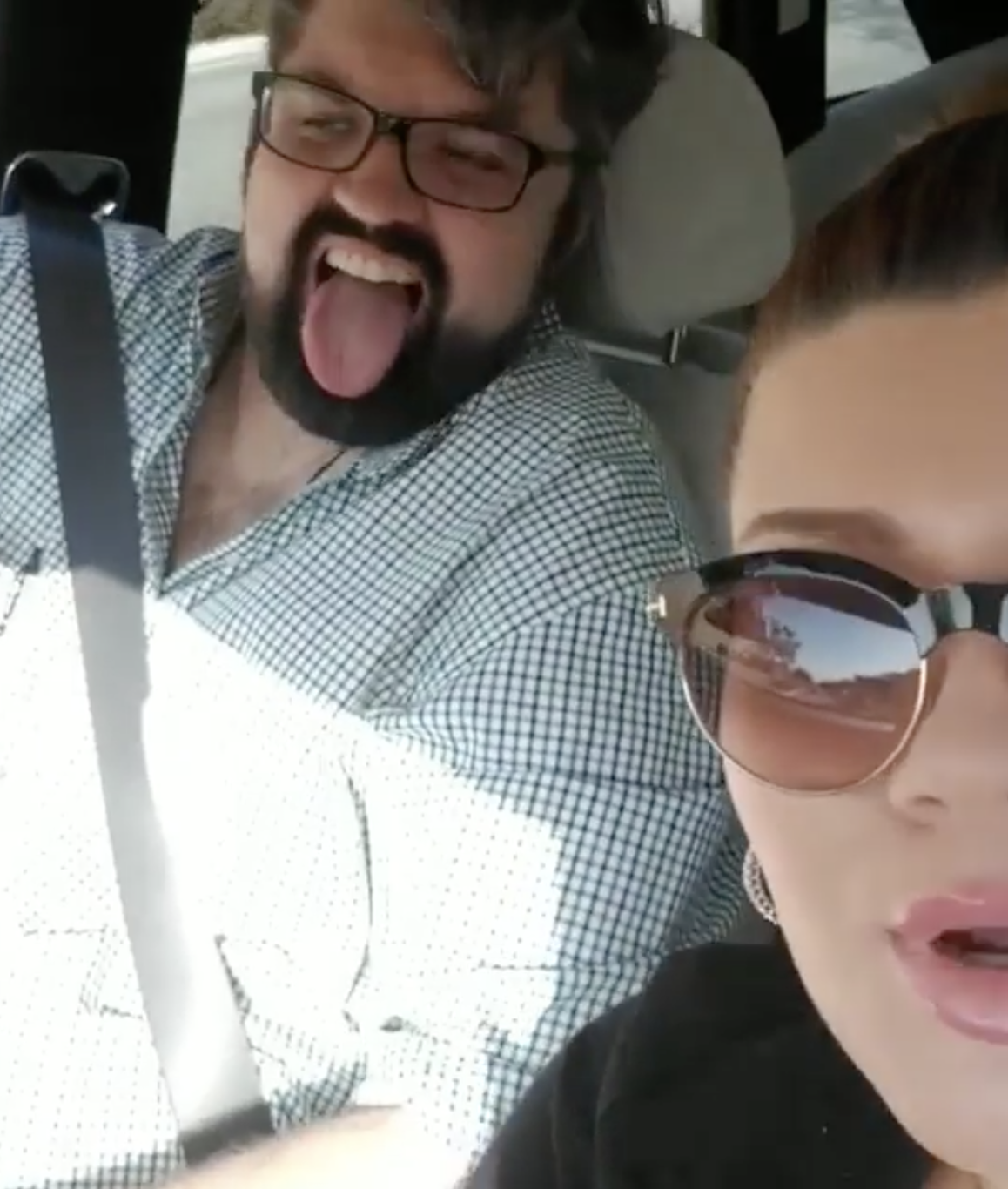 Andrew Glennon: Is He About to Dump Amber Portwood?