As you’ve likely heard by now, Jenelle Evans has lost custody of all of her children.

It was a long overdue development that happened both gradually and abruptly.

It was abrupt in the sense that CPS swooped in and removed the kids from Jenelle and David Eason’s home shortly after Eason shot and killed the family dog, thus prompting an investigation that revealed unsuitable living conditions.

But the newly desolate conditions on The Land were also a long time in the making, as Jenelle had long ago lost custody of her eldest son, Jace, and David has a son hasn’t been permitted to see in years.

Jace has been living with Barbara Evans since he was a baby, so even though Babs raised Jenelle, we can safely assume that she is capable of properly raising a child.

And for reasons that aren’t entirely clear, many believe the child is miserable at her grandmother’s home.

Take, for example, the comments on a recent photo of Babs’ adoptive kids.

“Myrtle Beach and I was not at the Winery," Barbara captioned the pic.

"Cardboard cutouts all over Broadway at the beach," she added.

Sounds innocent enough, right? Just a wholesome day of family fun (the guy in the pic is Jenelle’s brother Colin).

Well, not in the eyes of some fans, who zeroed in on Ensley’s expression and took it as a sign that the toddler is being mistreated.

“Ensley looks like she’s worried about the potential crisis in the Middle East,” another person commented.

“Poor little thing. It’s great how I can read minds on IG though, right?” another fan sarcastically quipped.

“I can’t help it … Ensley looks so unhappy. Something is not right!”

And this, folks, is a prime example of the internet at its very worst.

We’re sure some of these people think they’re helping, but really, they’re just drawing wild conclusions based on very little evidence.

We’re sure the past few weeks have been very stressful for Ensley.

But that doesn’t mean Babs is neglecting her or Jenelle was secretly some kind of super mom.

Being placed in a new home would be stressful for any kid, but the authorities wouldn’t have done it if they didn’t consider it absolutely necessary.

Fortunately, the majority of fans saw the situation for what it was and realized that 2-year-olds just get cranky sometimes:

“She was probably just tired and [needs] a nap!!” one person commented.

“Those kids are so lucky to have you in their lives!” someone else wrote before asking the valid question"

“Where should they be if you weren’t there?

“Hey no judgment!! You stepped up when Jenelle couldn’t take care of her kids!”

Eventually, Babs chimed in with an explanation for Ensley’s sour expression:

She’s probably also sick of internet strangers psychoanalyzing her on the basis of a single photo! 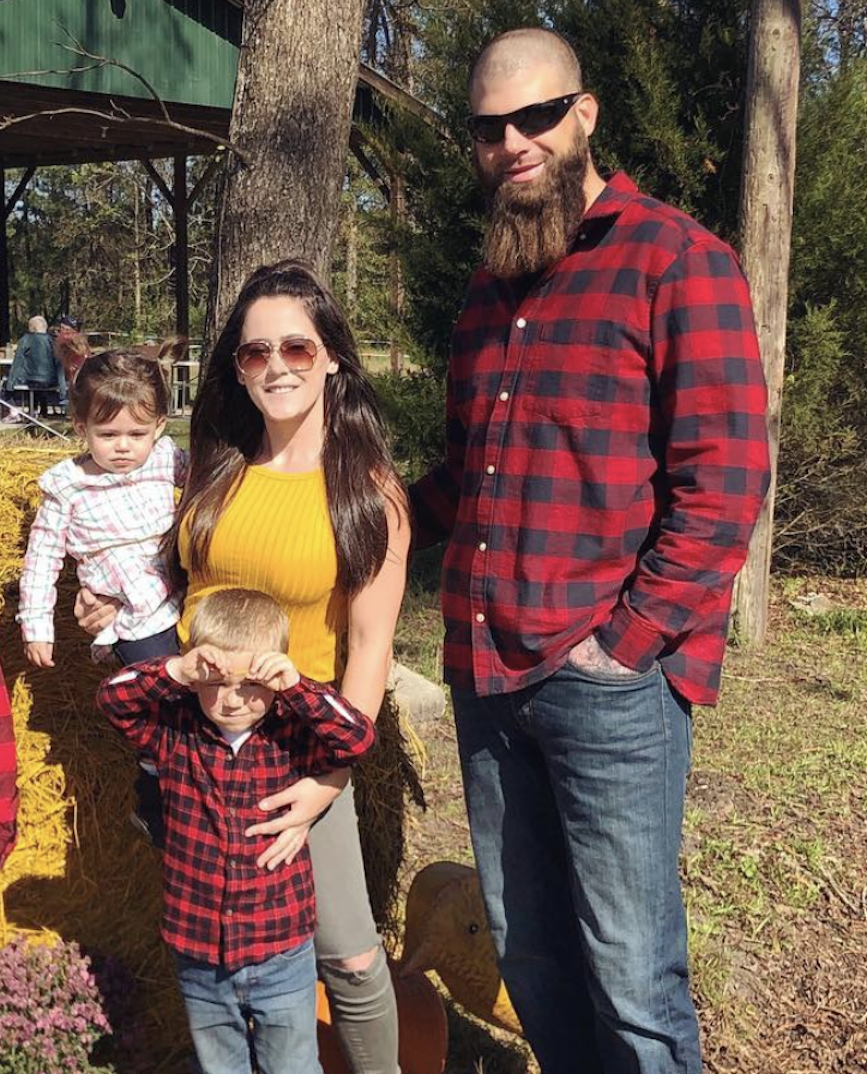 Jenelle Evans & David Eason: Cops Have Been to The Land HOW MANY Times?!