What better way to start off spring than with a fresh new look!

Teen Mom OG star Catelynn Lowell is ringing in the season by flaunting off her new and improved hairdo thanks to a refreshing makeover.

Lowell took to Instagram on Friday to share with her fans how she got her latest long and beautiful locks, which was all made possible by the power of every girl’s favorite accessory – hair extensions!

According to Pop Culture, the snapshots shared by the MTV star revealed just how she got an instant makeover with NBR extensions.

"HUGE thank you to [Stephanie Gerber] in Novi Michigan!" Lowell began her post while publicizing her before and after photo.

"She absolutely KILLED these NBR extensions on me and the color is to die for."

NBR extensions AKA "natural beaded rows" are extensions placed in rows within the hair by creating a "track" with an exclusive bead and string technique.

Additionally, wefts — known as the "line of hair" — are then placed on the track and sewn in.

The extensions are later cut, colored, and blended to your real hair to create a natural and beautiful look.

Catelynn’s hairdresser Stephanie added to her post by saying that the process involved a three-hour color correction, a 3.5-inch haircut and 2 rows of NBRs for extra length.

"It was a long process but it was such a joy to have her in the salon!" Gerber said.

"She is just the sweetest person with the most adorable babies."

"Thank you [Catelynn] for allowing me to be apart of your transformation!" she continued.

"I loved it and I love your positive laid back energy."

The 27-year-old and husband Tyler Baltierra welcomed their third child this past winter and well, she’s been spewing positivity and peace ever since.

It’s no secret that Lowell is enjoying motherhood all over again.

As most Teen Mom fans already know, Catelynn and Tyler are already parents to two daughters.

The middle-school sweethearts — who married in 2015 — had their first daughter Carly when they were just 17 years old and their decision to give up their little girl for adoption was documented on the MTV show 16 And Pregnant.

They still have contact with their now 9-year-old daughter through open adoption, which means she gets to see her 3-year-old sister Novalee sometimes, and hopefully will get the chance to meet their new baby Vaeda Luma.

The TV personality nicknames Vaeda her "rainbow baby" because she says she was the calm after the storm.

The couple’s devastating loss was documented through the reality series, which also showed Catelynn entering a rehab center due to suicidal thoughts from her childhood trauma.

Although the family has certainly had their ups and downs, it seems they have finally found the light at the end of their tunnel.

In addition to their new precious baby girl, Catelynn’s got a new fabulous hairdo to be thankful for.

2019 is looking up for the Baltierra family! 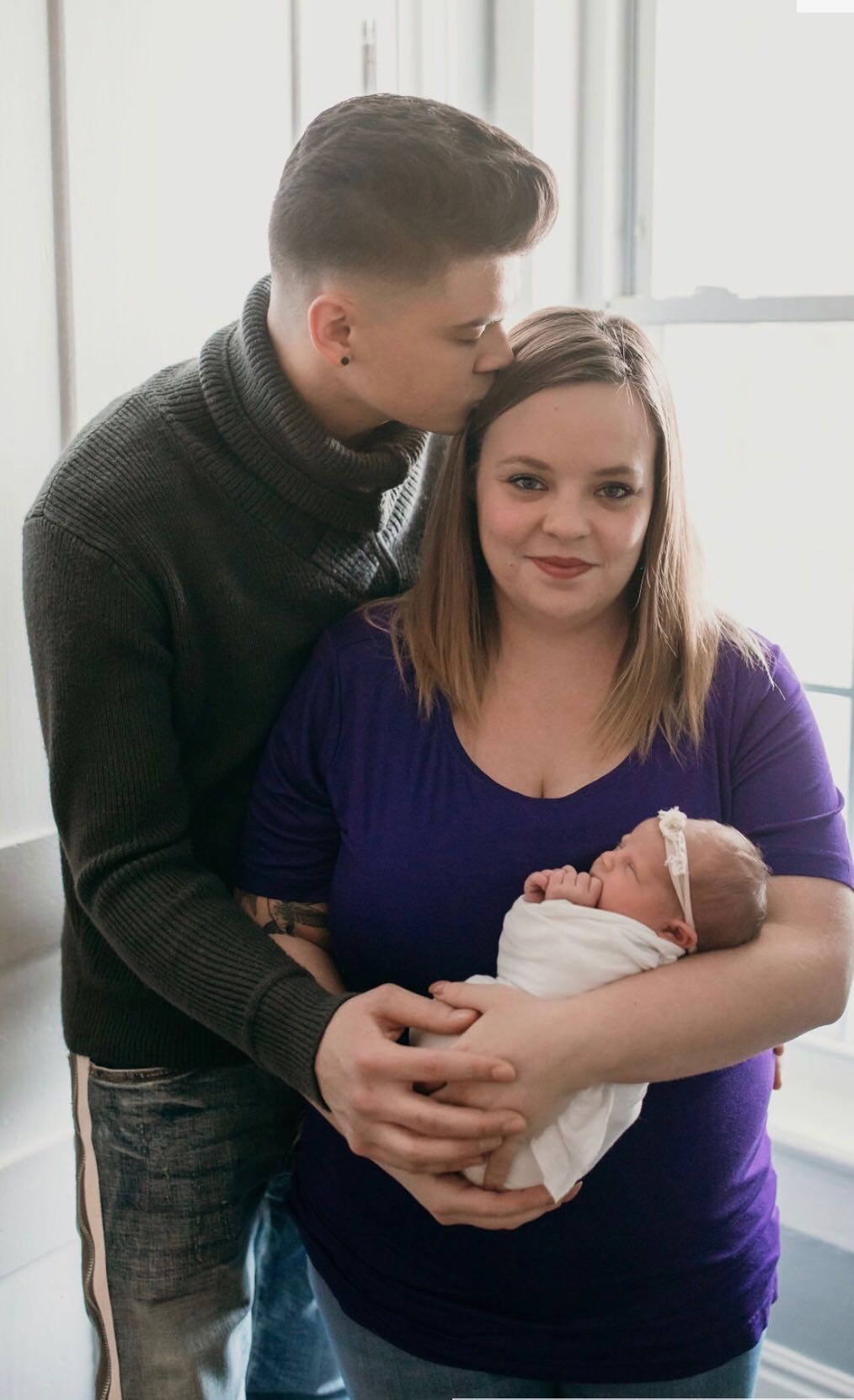