We have an important update on the sad death of Kristoff St. John.

Over a month since the shocking loss of this soap opera star, the coroner’s office has released its official autopsy results, alerting the public to the reason St. John passed away back on February 3.

This coroner’s report has listed the cause of death as “hypertrophic heart disease” with “effects of ethanol” cited as another significant condition.

The document also deems the death accidental and says other conditions contributing, but not related to the immediate cause of death, included myocardial bridging of the left anterior descending coronary artery and the effects of ethanol.

The 52-year-old – best known for his long-running role on The Young and the Restless – was found dead in his home in the neighborhood of Woodland Hills earlier this year.

It was believed at the time that an excess of alcohol consumption had played a role in this tragedy… but the cause of his death was deferred by the Los Angeles County Coroner until an "additional investigation" was finished.

In November of 2017, meanwhile, St. John opened up about his own mental health struggles after being hospitalized and undergoing a psychiatric evaluation.

“To all of mi [sic] IG peeps. Thanks for throwing out a life preserver,” he wrote on Instagram about a year and a half ago, adding:

“Words cannot express the gratitude that I feel to have so much love that you bathe me in…anoint me with…cloak me with. I am humbled.”

"Life is precious. I look forward to continuing this journey together with all of you…us. Because at the end of the day, at the magic hour, we are warmed with an all knowing presence of light and love. My heart beats to the music of our creation.

"You are an integral piece of my personal spiritual puzzle, as I hope I am to yours. I love you…forever."

According to these newly-unveiled autopsy papers, Kristoff was admitted to Las Encinas Mental Health Hospital in Pasadena on January 26, 2019 for “threatening to hurt himself and alcohol abuse."

He returned to his Woodland Hills home from the mental health facility on February 1, just two days prior to his death, the report detailed.

There’s no way of knowing what was going through St. John’s head just before he died, in other words, but he clearly had been struggling for a period of time prior to his death.

The actor who originated the role of Neil Winters on the aforementioned daytime drama.

He was a leged in this industry.

"The news of Kristoff St. John’s passing is heartbreaking. He was a very talented actor and an even better person," CBS Television Network and Sony Pictures Television said in a joint statement, adding:

"For those of us who were fortunate enough to work with him on The Young and the Restless for the last 27 years, he was a beloved friend whose smile and infectious laugh made every day on set a joy and made audiences love him.

"On behalf of the Y&R cast and crew, CBS and Sony Pictures Television, we offer our heartfelt sympathy to his family and loved ones, especially his two daughters, Paris and Lola."

Earlier in March, Mikhaleva, said she would not be able to attend his funeral.

"Several weeks ago I applied for an ’emergency’ visa for the funeral to say goodbye my fiancé and beloved," she wrote on Instagram. "The reply from the Embassy was ‘No’. My heart is broken."

"I am going through this with a huge pain in my heart,and realize that I don’t have opportunity to say goodbye to him and put flowers on his grave. It is not right, not fair. Fly, my love, and finally find peace." 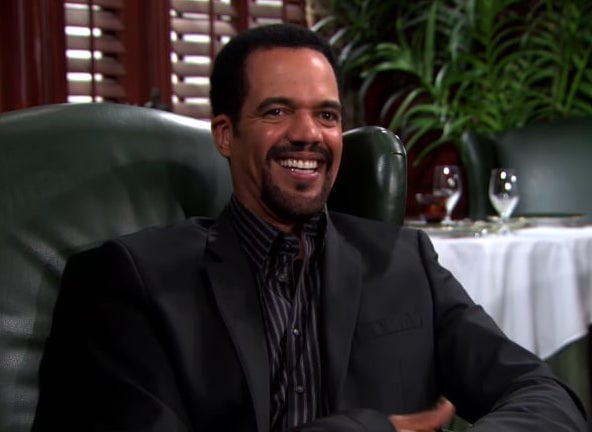