Little People, Big World star Matt Roloff has been hounded by engagement rumors for a while now.

To be fair, he and girlfriend Chandler are very close. She spends a lot of time with him — and with his family.

In the cutest new photo, the two of them are spending some quality time with their adorable grandbaby, Jackson.

Jackson is happily seated between the two adults, and they are all dressed in layers for warmth.

"It’s freezing in Portland …" Caryn acknowledges in her captions.

"But," she continues. "My heart melts when I hang with these two."

Good company really is the best way to endure any weather.

We cannot get over how unspeakably adorable baby Jackson’s face is in this photo. Just look at him!

Matt loved the pic so much that he shared it on his own Instagram.

"This little farmer is soooo easy to hang with!" Matt praised Jackson in the caption.

"He should write the book," Matt suggested. "How to manage a grandpa!"

That is super cute.

Though some people believe that Caryn Chandler will murder Matt Roloff, most fans are onboard with this relationship.

That said, seeing Caryn go from employee to part of the family hasn’t been easy for everyone.

Almost a year ago, Amy Roloff opened up about how that romance impacts her as a grandmother.

"Seeing her with Jackson [and the other family members] … It’s difficult,” Amy confessed in May.

She admitted: “It’s definitely been the hardest thing to watch."

Being honest with yourself about your feelings is the first step to working through them. Good for her for facing that head-on.

Caryn has been close to the Roloff family for a long time.

When Matt and Amy separated and divorced, it was a huge adjustment for everyone involved.

When they each began to date again, that too was a big deal for them and for their family.

Some fans still grumble or hurl wild accusations that these new love interests are just gold diggers or interested in fame.

But most care about Amy and Matt and are thrilled to see them so happy.

Unfortunately, there is a dark side to some of the trolls who like to bash Caryn and Chris.

The best of them just wanted to see Matt and Amy reconcile because they liked them as a couple.

(Even then, they shouldn’t be bombarding anyone with hate)

The worst of them — the ones who seem so suspicious of Caryn and Chris — are dealing with prejudice.

It seems that some of them just don’t believe that a tall person would fall in love with a little person.

They need to work through their issues and get those horrible misconceptions out of their minds. People fall in love all of the time.

Matt and Amy’s kids had to adjust to their parents’ new love lives, but they’re all adults.

But this is nothing but a boon to their grandchildren, who essentially get two more grandparents out of the deal.

It’s so sweet to see Caryn and Matt spending time with Jackson.

We’re glad that they are all keeping warm during this cold weather.

We know that the winter has been intense, but a lot of us will be missing these temps in a few months. 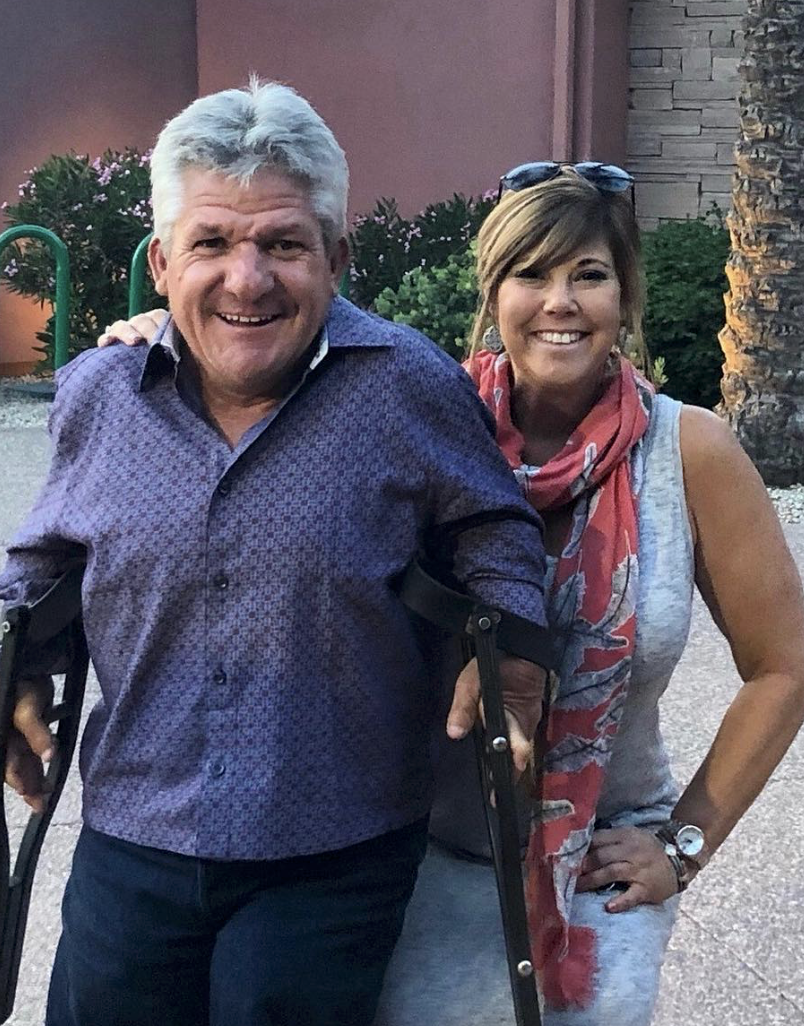