All of this praise is finally due to Kylie Jenner and Travis Scott because the superstar couple has at least agreed to marry.

Granted, neither Jenner nor Scott has confirmed this development.

Nor has anyone in Jenner’s family nor anyone in Scott’s camp.

But still. Kylie has shared a new picture on her Instagram Story and we’re convinced it’s of a diamond engagement ring.

As you can see below, the image features Jenner’s left hand on the steering wheel and a pretty huge rock taking up a sizable portion of her finger.

She included a timestamp, showing that the photo was taken at 8:18 a.m., and the caption reads: "two cover shoots on this fine Sunday."

To be fair, this is not the first time Jenner has rocked a diamond ring that resulted in her fans wondering if Scott finally popped the life-altering question.

Heck, just a few weeks ago, we wondered whether Kylie was engaged AND pregnant.

How else were we to respond after Jenner posted the picture below of her and Scott and even wrote along with it, baby #2?

It’s rather obvious at this stage that Jenner likes teasing her fans, playing with their emotions and seeing how they’ll react to a potential engagement.

On social media, Jenner and her rapper often refer to each other as "hubby" or "wifey" — and they even labeled their Christmas gifts to one another as "daddy" and "wifey."

The duo is apparently so secretive about their plans to marry (or not) that Kim Kardashian has admitted she isn’t certain where they stand.

"I think she would have told me," Kardashian recently said on The Tonight Show Starring Jimmy Fallon when asked about Jenner and Scott’s relationship.

Kim added in this interview:

"She’s pretty secretive, but I’m sure she would have told me. I’m not really sure. But I don’t think so."

Really, though, it remains a question of when, not if, at this point.

Scott himself admitted as much late last year in a cover story for Rolling Stone.

“We’ll get married soon,” Scott said quite simply to this magazine, teasing his proposal and making it sound as if he knows what the answer will be when it happens:

“I just gotta study up – I gotta propose in a fire way.”

The artist doesn’t speak on Jenner very much, but he did gush over her in his own unique way when speaking to this publication.

"People don’t understand how real my girl is. How ill she is," Scott said, making us laugh by concluding:

"They have assumptions, bullshit-ass remarks of what they think is going on. Nah, bro… She’s the coolest motherf-cker of all time.” 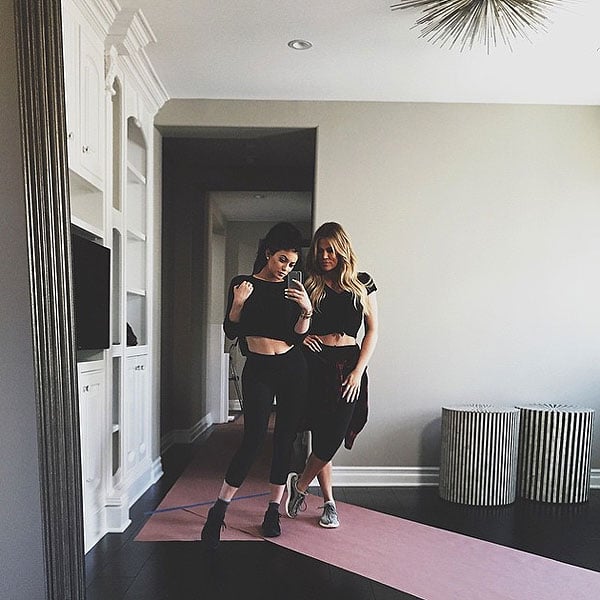