Amy Schumer is hitting cancel on her stand-up comedy tour.

But for good reasons.

The pregnant comedian announced that she must take time to focus on her "health and the baby," according to E!.

Amy took to Instagram on Friday evening to share the news with her fans where she admitted that she is embarrassed for canceling.

"I hate letting people down and I love stand-up and money!" she began her post, which she wrote in her Notes app.

The show is called off due to complications from hyperemesis, which is basically just severe nausea and constant vomiting during pregnancy.

She (over)shares, "I vomit mostly every time I ride in a car even for five minutes."

The I Feel Pretty actress is in her third trimester, so it is natural that she needs some time off of the stage and in her bed.

"Due to complications from hyperemesis I am not cleared to fly for the next couple of weeks," she continued.

"I am going to cancel the remainder of my tour. Refunds are available at point of purchase."

She went on to explain that she and the baby are healthy and that everything looks good.

Adding, "I have a pretty good attitude about it and some days I feel good for a couple hours. But mostly it sucks. I wanted to push through and do my shows."

The mom-to-be and her husband Chris Fischer are expecting their first child this coming spring.

She wrote, "I’m pregnant – Amy Schumer," on a list of her candidate recommendations for the 2018 upcoming midterm elections.

Her pregnancy announcement came about 8 months after marrying the 38-year-old chef in a secret wedding in Malibu.

Which Jennifer Larence, Jake Gyllenhaal and Judd Apatow allegedly attended, according to E!

Some of Amy’s other "well-known" friends are helping her through her struggling fertility journey.

Gwenyth Paltrow commented on Amy’s post saying "You are almost there! It will be so worth it, I swear!!" and Jennifer Garner stated, "You are a soldier."

And while we’re sure It wasn’t an easy decision to end her tour, we just hope the best for her health and future baby Schumer.

Besides, there are plenty more shows to be had and money to be made for the 37-year-old entertainer. 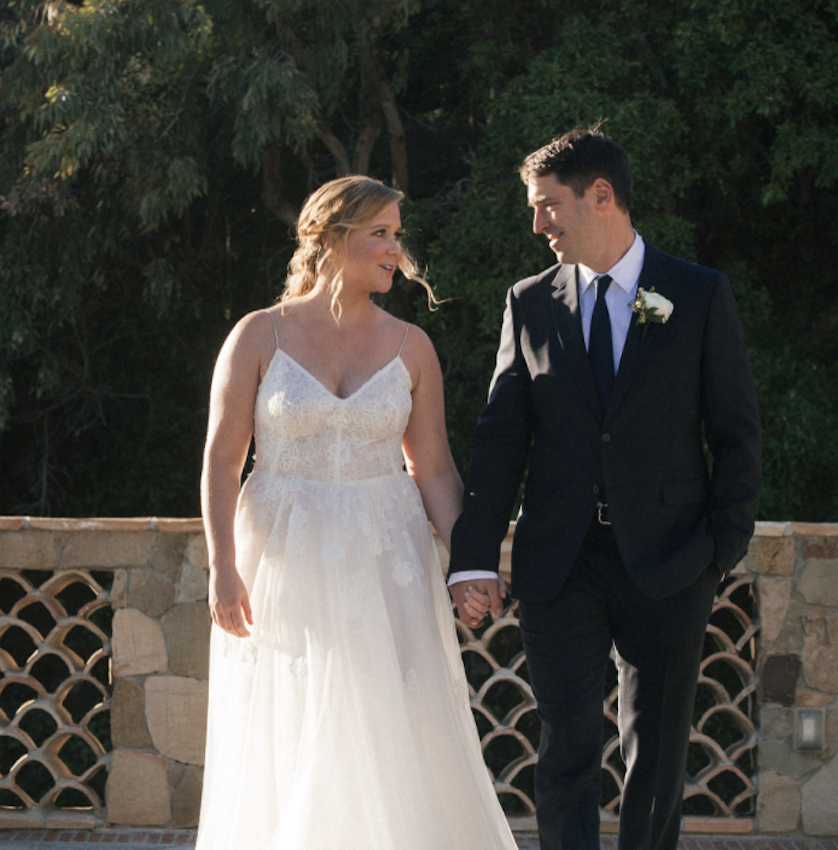