The holiday season is all about customs and traditions.

Presents, eggnog, children’s letters to Santa, the annual debate about whether or not Die Hard is a seasonally-appropriate film … and of course, the annual Kardashian Christmas card.

There was a time when the Kard-Jenner clan released its annual festive photo weeks before the big day.

But this year, yet again, the family once again shared the card with little fanfare on Christmas Eve.

Perhaps they realized that such a wholesome image will never “break the internet” as effectively as Kim’s latest risque selfie.

Such is life on this crazy contraption we call the World Wide Web.

Anyway, Khloe Kardashian was the first to post the pic.

“Merry Christmas!!” she captioned the photo.

“We all wish you love and harmony. So far this is by far my most favorite of any Christmas I have all I could ever want FAMILY”

Khloe became a mom this year, so it’s not hard to see why this card would earn the top spot on her list of favorites.

Of course, this year’s card is as notable for who’s absent from the pic as it is for who was present for the big photoshoot.

Obviously, the focus is on the next generation, which is great, but the absence of Kris, Kendall, Rob, and all of the Kards’ significant others created quite a stir in the comments section.

It wasn’t long before Kim shared the photo on her own page and attempted to clear the air with a lengthy caption:

“CHRISTMAS 2018. This year we waited until the last minute to do a card,” Kim wrote.

“Schedules were changing, my husband was in and out of town. But The day of this card last minute realized we were all together so we had all of our kids come meet us.

“Kendall and my mom rushed to a meeting after this shoot so this is what we have! As many of us as possible! From our family to yours Merry Christmas.”

Hey, if there’s one thing most families can relate to this time of year, it’s busy schedules and the resulting difficulty of getting everyone in one place.

Of course, the shoot happened right around the time Kanye attacked Drake during one of his infamous Twitter meltdowns, which isn’t quite as relatable.

Stars — they’re just like us … except when they’re not, which is most of the time. 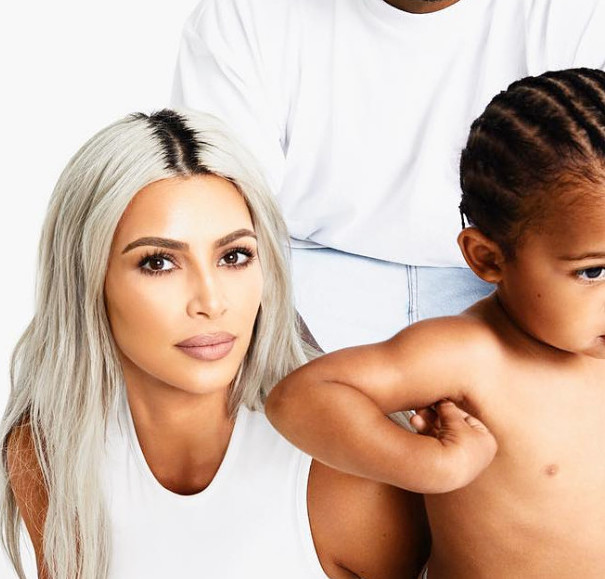