Remember when Kim Kardashian "broke the internet" with her ass-centric Paper magazine cover?

Paper has been trying to recreate that web-shattering success ever since, but this year they’re relying less on nudity, and more on confessional interviews with the tabloid queens of yesteryear.

First, Amanda Bynes opened up to the magazine revealing exactly what was going through her mind during the extended meltdown that brought an end to her acting career.

Now, Lindsay Lohan is spilling the tea in hopes of receiving a similarly compassionate response from social media.

There are two problems with that plan, of course:

1. Lindsay effed up so hard for so many years that it’s impossible to address all of her scandals in a single interview.

2. While Amanda was self-destructive, Lindsay often turns her destructive impulses outward, negatively impacting the lives of those who have the misfortune to cross her path:

Remember when Lindsay got punched in the face while she was harassing a Middle Eastern family because she insanely assumed they had kidnapped their kids?

Yeah, that’s some next-level bigoted paranoia, even by the standards of Trump Era America.

So it’s a good thing that — even though Lindsay has a new reality show to promote — the folks at Paper decided to focus on that ugly incident in their Lindsay interview.

We assume the interview basically started with, "So — what in the actual f–k was that?"

At first, Linds, dodged the question, saying that she wouldn’t talk about it over the phone, but would tell her story face-to-face.

Naturally, she totally failed made good on her promise:

"There’s actresses, there’s several of them to my knowledge that don’t use Instagram or Twitter. But I feel like you sort of have to," she said, by way of dodging the question.

"It’s your way of controlling the narrative. I recently made the mistake of having my phone recording live video, and that I learned from," Lindsay added.

"But I think it’s also important because if you’re doing something and you want to give direct access to your fans, you can contact them and see their thoughts and get an opinion."

So after offering that lofty explanation over the phone, Linds flew into NYC from Mykonos like some coke-fueled Carmen SanDiego.

She showed up to her Paper photoshoot on time (which her publicist hilariously told the reporter "to note"), but when the subject of her one-woman anti-human trafficking campaign came up, Lindsay was, unsurprisingly, "too tired" to talk.

"I read the situation wrong," she later said in an e-mailed statement.

Thanks for that insight, Linds.

Anytime you get punched in the face and the whole world applauds, we think it’s safe to say you "read the situation wrong."

"I would love to know why I get constantly clobbered in the press," Lindsay said in her interview.

"I could do 99 things right and one thing wrong, but it’s that one thing that will be focused on."

Well, Lindsay, when the one thing you did wrong is harass an immigrant family for the crime of having accents, yeah — people are gonna focus on that.

Asked about her hard-partying ways, the 32-year-old former actress stated that those days are behind her … for the most part.

"I like to have fun, but that doesn’t mean I need to go out and drink and be crazy," Lohan told the mag.

"I have a good relationship with that. It’s funnier to watch other people party."

Wait, so she’s out there playing ICE agent completely sober?!

Jeez, this situation is more serious than we thought. 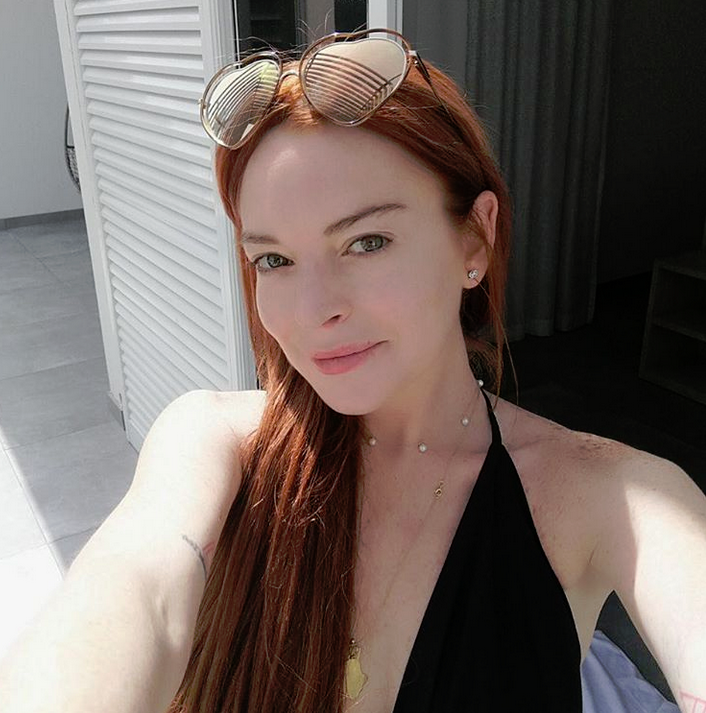