It’s been five months since Demi Lovato suffered an overdose that nearly claimed her life.

These days, Demi is out of rehab and focusing on her recovery, much to the delight of her family, friends, and devoted fans.

She’s been keeping a low profile on social media, but she has posted a handful of pics, including the one above that shows Demi after a Brazilian jiu-jitsu session.

Obviously, she looks happy and healthy, and of course, she’s been receiving a ton of support from fans.

But surprisingly, Demi’s sister, Dallas Lovato, is claiming that the photo prompted a negative response to the tabloid media.

She made the allegation in a video that was posted to Instagram last night:

“Ya know what? Here’s another thing I’m just saying to all the f–king tabloids out there right now calling my sister fat, go f–k yourself because she’s the most beautiful, strong, amazing person that I’ve ever met in my entire life," Dallas told the camera.

"And everyone why are you making my sister’s body the topic of your conversation, go f–k yourself," she continued.

It’s great that Dallas is so protective of her sister and everything, but we have to ask — are tabloids really saying that Demi is fat?

Are there really legitimate media outlets body-shaming a young woman who recently got out of rehab?

Now, if Dallas were bashing random internet trolls, that we could understand.

People can be brutal in comment boards, particularly when they’re protected by anonymity.

We searched for any indication of a tabloid or gossip site bashing Demi’s appearance, and all we could find were articles about Dallas’ "clap-back."

We also scrolled through the comments on Demi’s latest photos and we saw nothing but positivity.

Again, it’s totally possible that Dallas saw something online that angered her and simply couldn’t hold back.

But by responding, she’s made a mountain out of a molehill and drawn the attention of the whole world (including Demi) to a negative comment that may or may not even exist.

There’s a time not to feed the trolls, and this, without question, is that time.

There are many theories regarding the optimal method of recovering from addiction, but all seem to concur that undue stress is something that addicts should avoid.

In order for Demi to focus on the positive, she needs her family to do the same. 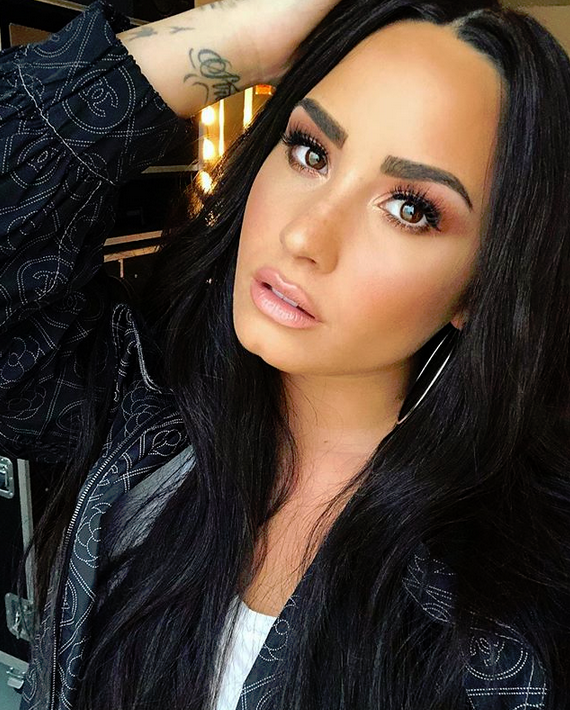