The Whisperers made their mark on the survivors during Sunday’s fall finale of The Walking Dead which culminated with the death of another beloved character.

At the top of the hour, Daryl, Jesus, and Aaron were on a mission to find Eugene who was apparently still holed up in a barn, but they noticed a group of walkers just standing as though they were talking.

As the mission continued, Aaron claimed that Jesus could be the leader the Hilltop needs if he’d let it all happen without getting so worked up about it.

Before they could get into a heated debate, the mysterious group of walkers headed their way, and it seemed like there was something amiss.

Later, Rosita woke up from her slumber and yelled that the team searching for Eugene "have no idea what they’re dealing with!”

When Eugene was found he wasted no time in saying that the same herd had already searched the area for him, further fueling the claims that there was more to these walkers than they first thought.

Daryl opted to stay behind with his dog to steer the herd away and allow the others to make an escape. But the herd did not want to be moved.

Instead, they ignored all the noise and followed Eugene, Aaron, and Jesus into a graveyard.

As the walkers surrounded the men and the whispers grew louder, Magna, Yumiko, and Michonne emerged from the fog to try to save the day.

Jesus stayed behind in an attempt to keep the walkers well behind, but one of them stabbed him in the back with his own sword.

"You are where you do not belong," it said to him.

As everyone got ready to fight, we learned that the man who killed Jesus was wearing a mask and that there were a lot of them surrounding out heroes.

As for Negan, Gabriel was trying to bring him back from the brink, but the pair went at it every single time they spoke. In the end, Gabriel failed to lock Negan’s gate, and the villain was, once again, a free man.

How the heck did that happen?

Negan will likely find a way to take down The Whisperers and help the group in the end, but will that be enough to get in their good books? 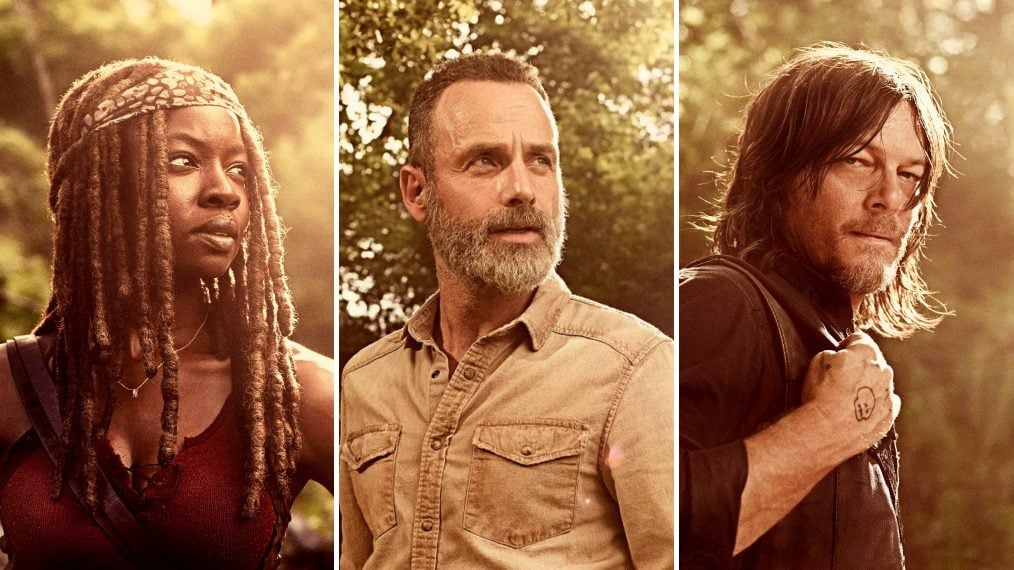