We have all witnessed the rise and fall of Thomas Ravenel.

Though he will never return to Southern Charm and has also been arrested for assault and battery, he still has his defenders.

While there, she spoke to Us Weekly and came to the defense of her disgraced former co-star, Thomas Ravenel.

"I know in my heart that Thomas is a good person," Landon claims.

That tells a very different story from what most of Thomas’ co-stars and alleged friends have said about him.

Landon continues: "and whatever happened, happened."

That, at least, is a pretty safe statement to make.

Landon does admit that she doesn’t have any firsthand knowledge about the allegations against him.

"I wasn’t there that night," she clarifies.

We assume that she’s speaking about the alleged sexual assault of Nanny Dawn, for which he has been arrested.

To be clear, however, another woman accused him of sexual assault on a different night.

"But," Landon protests. "I can’t imagine that he would ever hurt anyone."

It quickly becomes clear that Landon was uncomfortable with discussing Thomas at all.

"Because it is an ongoing court procedure," Landon says. "I can’t really comment."

She says this after having already commented, of course.

Landon concludes: "I will let the courts take care of it, I suppose."

Yeah, that’s how it usually works after a creep gets arrested.

In case you’re hazy on the details of the allegations, as Landon appears to be, here is a reminder.

Thomas Ravenel is accused of assaulting his children’s nanny while one of those young children slept nearby.

"While inside the location, the defendant undressed and made sexual advances on the victim,” court documents accuse.

"While attempting to remove the victim’s clothing," the accusation continues. "The victim’s underwire bra cut into her skin and her shirt wrapped around her neck,"

"Which," the documents say. "Caused the victim to struggle to breathe.’"

Court documents say that Ravenel "pulled down the victim’s pants and said, ‘Show me your p–sy,’ and began grabbing the victim’s vagina."

"The victim [then] crouched down to the ground to try and prevent further assault," the papers explain.

But the accusations say that "the defendant then put his penis in her face and asked, ‘Do you like big dicks?’"

Obviously, even if your literal favorite thing in the world is large penises, without consent, that’s a terrifying situation.

In her own words, Nanny Dawn has shared that she kept quiet during the assault for fear of waking up Ravenel’s young child, who would be traumatized by seeing it.

On a less horrifying subject, Landon was asked about who keeps in touch with her the most.

Shep Rose is quite the character.

"I mean we’ve been friends for so long, he’s like a brother," she explains. "It’s like a love-hate relationship always, but you know I still talk to him."

"He was just in England with a bunch of our friends this summer," she reveals.

"Whitney and I are still super close,” Landon adds, referring to Whitney Sudler-Smith.

“You know I knew Whitney actually from my ex-husband," she notes. "Because one of my ex-husband’s best friends went to boarding school with him."

"So it’s all a very tangled web," she admits.

A lot of rich people know each other through extended family or schooling. It’s part of how they stay on top.

"Even if I don’t talk to them on a regular basis, I doesn’t mean that I don’t love them," Landon explains.

"They have a big place in my heart always," she concludes.

Landon Clements is a kindhearted person, but she seems to be directing that kindness at her friend Thomas and not at his alleged victims.

Thomas will have his day in court. And it’s worth noting that, unfortunately, sexual assault is very difficult to prove in criminal court.

At the time when our court system was designed, sexual assault had a fairly narrow definition, and women were not full citizens — they were closer to property.

Perhaps, however, #MeToo has shifted the culture enough so that Thomas Ravenel’s court case ends the way that Bill Cosby’s has. 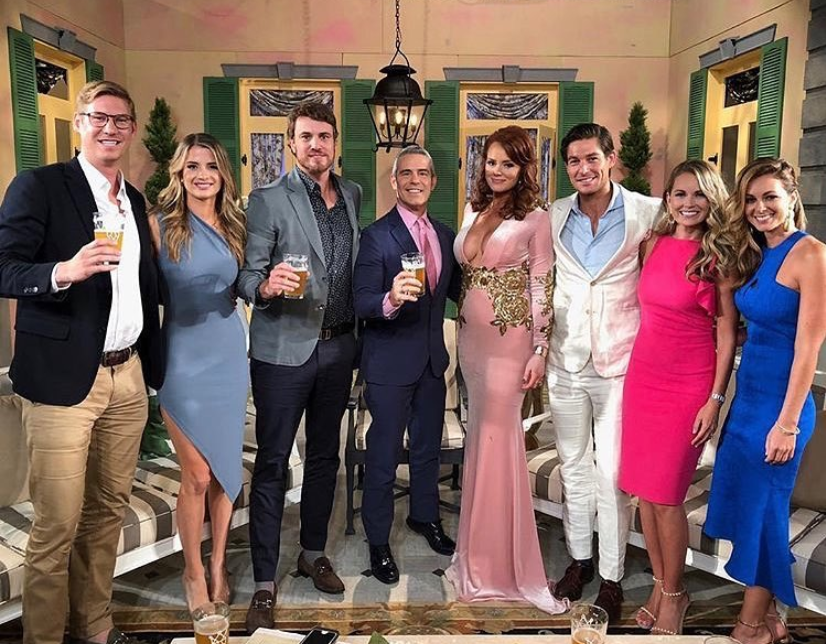