… and then there were six.

With The Bachelorette having just wrapped up its latest intense season, attention now turns to The Bachelor.

Specifically, attention now turns to one question in particular: Who will be the next Bachelor on ABC?

Many past suitors have already made their pitches, with Wills Reid, for example, saying he hopes to be the first African-American Bachelor.

Viewers, meanwhile, appear to want Jason Tartick as their main man next winter and spring.

In a call with E! News this week, however, ABC executive Rob Mills – the network’s Senior Vice President of Alternative Series, Specials and Late-Night Programming – said the pool actually goes far beyond the two men mentioned above.

Some of these contenders, such as Reid and Colton Underwood, will appear this summer on Bachelor in Paradise, meaning ABC is not in a major rush to arrive at a final decision.

"What’s great about this is that we have some time, we obviously have Paradise, it can air and we can see if anyone from there who’s really popping," Mills told E!.

One of the following six men will be your next Bachelor…

PETER KRAUS: He was the runner-up on Rachel Lindsay’s season and he was passed over at the last-minute last year in favor of Arie Luyendyk Jr. last year.

But Mills said the personal trainer is still a fan favorite.

"People like Peter, I know. I have to say we hear that a lot.

"Certainly people absolutely adore Peter. You never know who it’s going to be.

"As we saw with Arie, we look at everything, not just the last season. Who knows who it’s going to be.

The Season 20 Bachelor has split from Lauren Bushnell in 2017 and may apparently become the second person to be the Bachelor twice.

"I think Ben Higgins is always somebody who we would consider," Mills says.

"As long as the timing is right for him and for us too, but if he’s ready…obviously everybody wants to see Ben happy and finding love."

(Editor’s Note: This would be incredibly lame.)

"People love the guy and freaked out. People like that, when we see them pop and really become of the American consciousness, then yeah, they become the Bachelor.

"Nick was a good example of that, you never know when you’re Bachelor is going to pop out."

COLTON UNDERWOOD: The show would garner a great deal of attention if it cast a virgin as its lead.

The other two men under consideration, according to Mills, are Blake Horstmann and Tartick.

In general, what is Mills looking for in The Bachelor:

"I think it’s a combination of sincerity and really just somebody who can have a lot of fun and be entertaining. I think that’s why somebody like Sean Lowe worked so well, because he really was the perfect balance of that."

He was truly looking for a wife and he was very clear about that, he wanted what his parents and grandparents had. But also, there was a real sense of fun from Sean. A great sense of humor.

"Everybody has different traits. That was one where I t thought it was sort of the right balance.

"Look, I thought Juan Pablo was a great Bachelor in his own way, because he certainly was entertaining."

We can all agree that any of these options would suffice, right? Except for Juan Pablo. 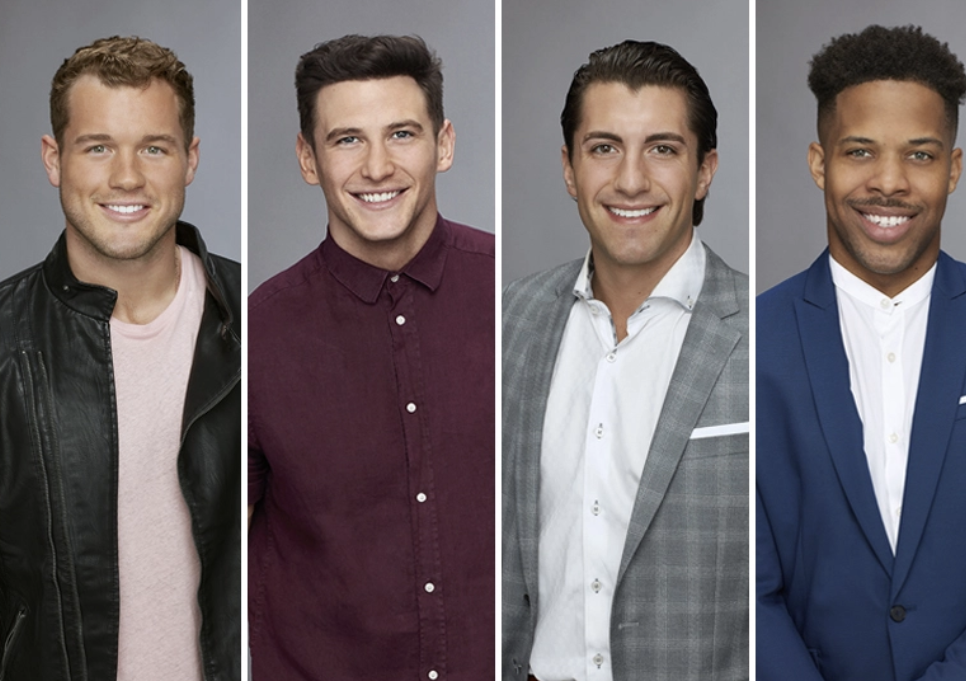 "We’ll see how Paradise goes…he could be engaged by the end of Paradise," Mills says of Colton.

"If he wasn’t though, he certainly has a lot of the attributes that you love in a Bachelor. There’s a little bit of that Sean Lowe, not use in looks, but he’s also a guy who is surprisingly funny and charismatic.

"Colton could be a very interesting Bachelor.