According to a handful of recent reports, Jim Parsons was the person who effectively canceled The Big Bang Theory.

The veteran actor was offered a chance to continue portraying the character of Sheldon, earning $1 million per episode while doing so, for two more seasons.

These reports stated that Parsons was simply ready to move on.

We can’t verify whether or not this is accurate, but we can say that Parsons clearly has a lot to say in the wake of CBS’ big announcement on Wednesday.

The network confirmed via press release that The Big Bang Theory will end after its upcoming 12th season, saying simply:

"We are forever grateful to our fans for their support of The Big Bang Theory during the past twelve seasons.

"We, along with the cast, writers and crew, are extremely appreciative of the show’s success and aim to deliver a final season, and series finale, that will bring The Big Bang Theory to an epic creative close."

In response to this news… we are very sad.

But also in response to this news, Parsons has shared a photo of himself and his co-stars on Instagram, while penning a lengthy caption in relation to it.

It is hard (nearly impossible, actually) to really accept that this is a picture of the first of the final 24 episodes we will shoot for ‘The Big Bang Theory, wrote the four-time Emmy Award winner, adding in emotional detail:

I feel such intense gratitude for our devoted viewers who are the ACTUAL reason we have been graced with the opportunity to explore these characters for 12 years of our lives.

[The crew] are in many ways the real steady heartbeat that keeps this body of work alive and breathing while we, like flailing arms and legs, act like jackasses and fools in attempt to make someone laugh.

The writers are the ones coming up with organic, entertaining ways to keep the life of this show going which is a task much, much more challenging than anyone other than them will ever know or understand.

Parsons has anchored The Big Bang Theory since its premiere.

Unlike many other shows that have been on the air for so long, all original cast members have stuck around and will be there to wrap up the sitcom next May/

Parsons also thanked all the actors who have appeared on the series, for being “my playmates that I have fallen in love with and who have become part of my life on set and off."

And this is how he concluded his message:

We look into each other’s eyes and say these words and end up creating this weird, other reality that has enriched my life more than I will fully ever understand.

Parsons is the latest cast member to speak on The Big Bang Theory coming to an end.

Earlier this week, Kaley Cuoco shared her own heartbreak over the decision.

"This ride has been a dream come true," she wrote on Instagram. "And as life changing as it gets."

"No matter when it was going to end. My heart would have always been broken in two… We promise to bring you the best season yet…

To the fans, our crew, families, Chuck Lorre, Warner Brothers, CBS, and everyone who has supported us for so many years: Thank you."

Finally, Kunal Nayyar, who portrays Raj Koothrappali on the series, has said the following:

"As you may already know… and for those of you who don’t. This will officially be Big Bang Theory’s last season.

"After season 12 we will be the longest running multi camera sitcom in the history of television. There are no words in any language that can describe what my heart wants to say…

"The love that I feel for all of you is boundless. Without you the fans there would be no us. Tonight I sleep with a prayer of gratitude on my lips.

Fair enough. We’ll wait to shed more tears until then. 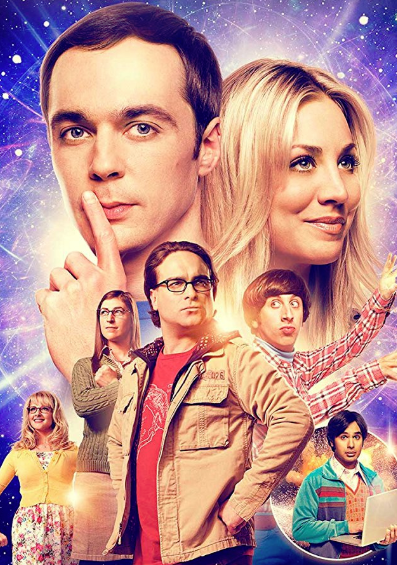 The Big Bang Theory: The 19 Best Episodes of All Time!