… and start sending them wedding gifts instead.

If you think you’ll be snagging an invite to their big day, that is.

Just a few weeks after Burnett and Duggar surprised followers by announcing their plans to marry, we think we now know the date on which they will exchange vows (and kiss for the first time ever).

A few astute Internet users have actually tracked down Abbie and John David’s wedding registery, which includes a few items at Bed, Bath & Beyond.

If you look at the top-left corner in the screen shot below, you’ll see that the "event" at which this gift is meant to be presented is…

That seems to be it. That appears to be the John David Duggar and Abbie Burnett wedding date.

The couple got engaged in July and will now be getting hitched in January, which is just about the usual short period of time members of this famous family usually wait between proposal and wedding.

Duggar and Burnett confirmed to the world that they were courting back in late June.

Many fans had been concerned about John David because he’s ancient by Duggar standards (28 years old) and had not yet settled down with a mate.

But that has all changed now.

Abbie works as a nurse and lives in Oklahoma.

She says she "connected" with the reality star at a church event in her home state… and things blossomed from there.

"It’s been a wonderful journey thus far," John David said back upon revealing his courtship to critics and supporters.

Fast forward just one month and Duggar and Burnett had the following to say:

“Wow! We are engaged! This feels even more real than before! It was a special moment to share together.

"The proposal and the ‘YES’ really solidified that we want to spend the rest of our lives together. One of the most amazing things about following Christ is being able to trust Him to direct your path and lead your life.

"We are so thankful that He led us to one another. Now we need to start thinking about a wedding!"

Aside from going straight from courting to planning a wedding, Burnett and Duggar have been making headlines of late for breaking a ton of rules lately.

For example, they’ve been caught going on unchaperoned dates and even grabbing each other’s butts at Walmart.

They’ve also been skipping church and Abbie has been far more active on social media than is typically allowed within the confines of the Duggar family rules.

But whatever it takes to get John David married off and procreating, right?

How else will this cult keep its bloodline going? 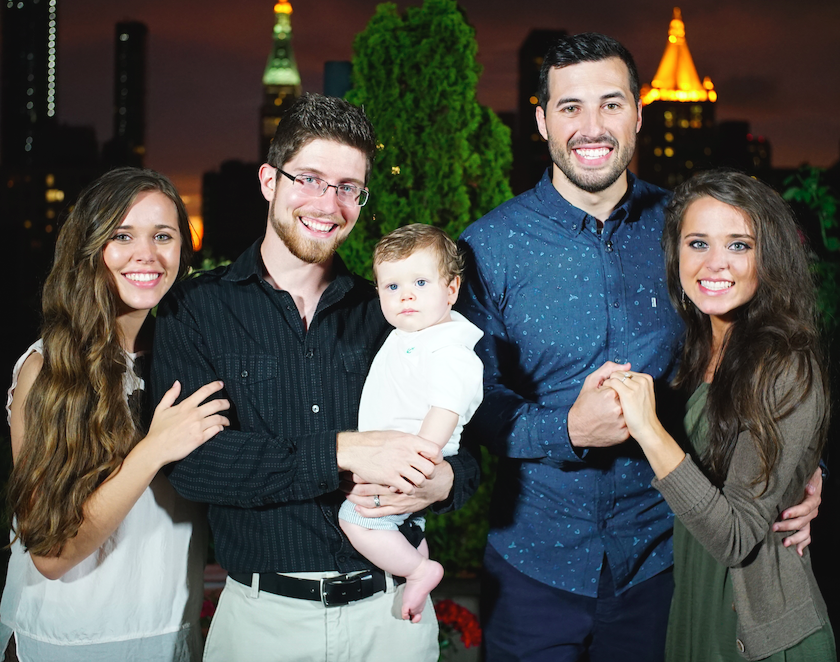 The Duggar Family: A Timeline of Endless Weddings