Now that Tristan Thompson has been caught cheating on Khloe Kardashian, everyone has an opinion to share.

But rather than roasting Tristan or claiming that Khloe deserves this, one of Khloe’s former enemies is reaching out with a message of compassion.

"I know we’ve had our differences in the past."

Yeah, Amber and Khloe have had their share of beefs.

"But my heart is broken for you sis SMH."

In case you’re unfamiliar, SMH generally means "smacking my head," as one might to express frustration with another’s behavior. For example, Tristan Thompson’s foolishness.

"No one deserves to feel that pain especially during such a sensitive time."

"God bless you and your baby."

Khloe is expected to give birth any day now.

In fact, some have suspected that Khloe has already given birth.

Tremendous stress — like suddenly becoming embroiled in a cheating scandal because your baby daddy can’t seem to reign in his own penis — can be much worse during pregnancy.

It’s probably safe to say that everyone is hoping that Khloe and her baby remain in good health.

We should be clear that Amber Rose does not actually say Khloe’s name at any point during her message.

Given the circumstances, however, it seems abundantly clear to just about everyone that Amber is referring to Khloe.

It’s kind of like how, these days, if you see someone tweet about being furious at "him" or "what he’s done now," just about everyone can infer that they’re talking about Donald Trump.

Similarly, when someone so closely linked with the Kardashians — as Amber has been, often to her chagrin — posts a message like this in the wake of Tristan Thompson’s devastating cheating scandal, it seems clear that her message is intended for Khloe.

Though, given their less-than-amicable history, it’s entirely conceivable that Amber does not actually have Khloe’s phone number.

This cheating scandal began when The Daily Mail published a video that appeared to show Tristan Thompson with a young woman in a bar.

The woman, who was not Khloe, appeared to be making out with Tristan.

On its own, that might have been explained away. In fact, one report seems to suggest that Khloe is totally in denial about the whole thing.

But then came TMZ‘s video of Tristan seeming to be fooling around with two women in a hookah lounge back in October, after the public had already learned about her pregnancy.

And The Shade Room chimed in with a video that appears to show Tristan with the same girl from the bar, possibly headed to a room together.

Now, the alleged identities are being revealed of Tristan’s mistresses.

While Lani Blair has not chosen to make a public statement just yet, not everyone is being so tightlipped.

Finally, a woman’s final message to her Instagram followers before deleting her account was to claim that Tristan Thompson had impregnated her, too.

But it sounds like Khloe’s going to need many more kind words in the future.

This story is far from over. 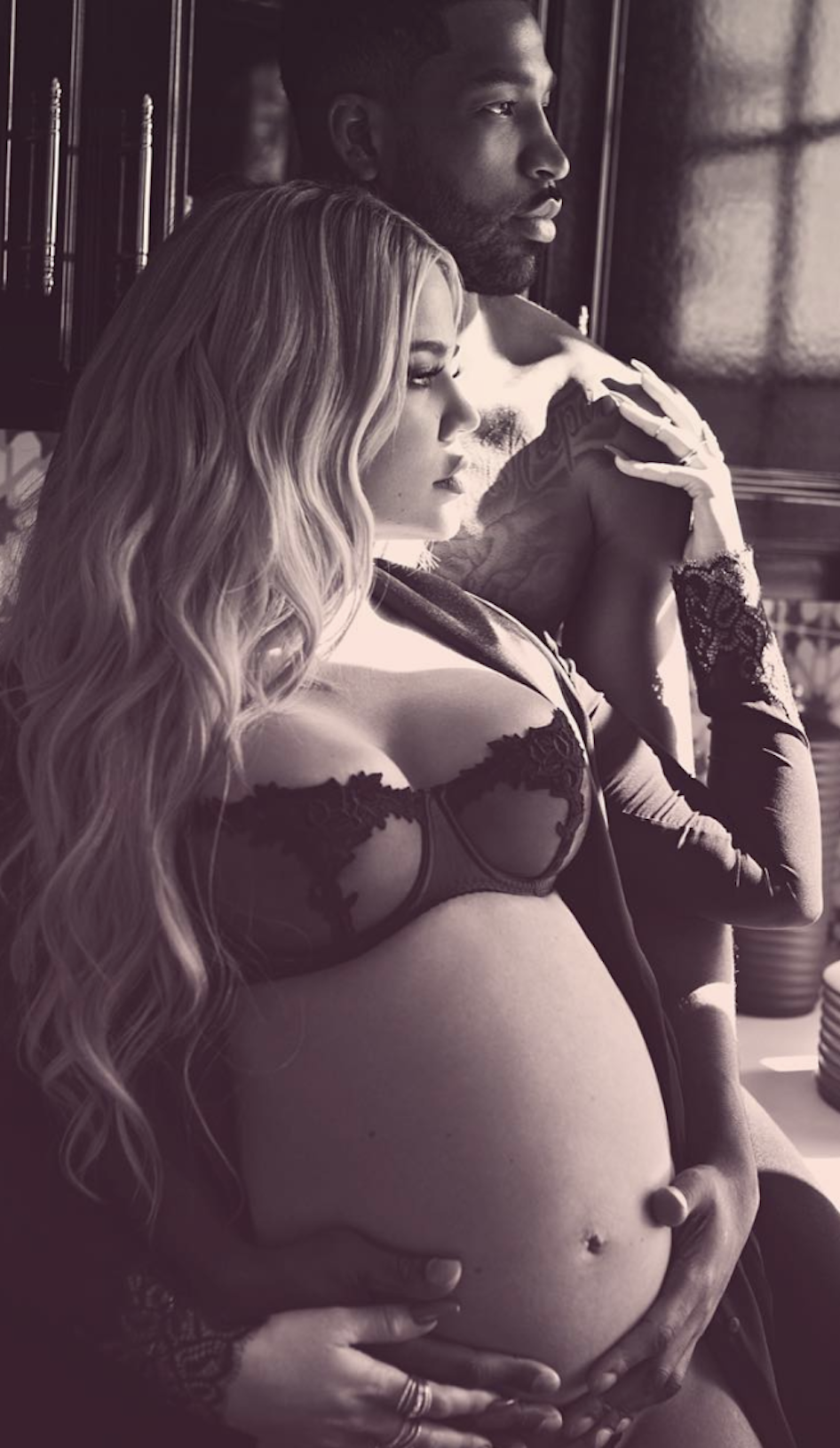