You can do SO much better, Becca Kufrin.

This was the general response across the Internet after this Bachelor suitor was scorned in unique and awful fashion by Arie Luyendyk Jr. on the stunning Season 22 finale.

… only to then be dumped about a month later on national television.

Kufrin handled the disrespectful snub as well as anyone could, but viewers learned on Tuesday night that she will, at least, have a chance to do SO much better than Arie.

Because Becca Kufrin has been named The Bachelorette!

Chris Harrison made this mostly expected announcement on yesterday’s After the Rose special, as Becca sat across from the host and admitted her breakup with Arie was "hard."

"It was easy [to say yes], once I got past the initial heartbreak," she said of becoming The Bachelorette. "I have so much love to give."

"I want to be the best damn Bachelorette I can be. I want to find love. I’m ready to do this."

Twitter seems pretty psyched over Becca’s selection, as does ABC itself.

"She really knows how to handle herself, and she’s taking this in stride and you can’t help but love her."

That’s right: a handful of suitors came right out on stage and introduced themselves to the new and excited Bachelorette!

First up? Some dude named Lincoln.

"I have to say, you are absolutely glowing tonight – you look magnificent,” he told her.

“This is a special night. It is all about you tonight, but I have another twist. Tonight is also my birthday, so I can’t ask for a better birthday present.

"I’m really looking forward to going on this incredible journey with you."

And then there was Chase.

“I saw what you went through as well and my heart goes out to you,” he said of how Arie played Becca.

“I think that everyone agrees with me here that you deserve better than that. When one door closes, another door opens and I hope to be that open door.

"That smile is beautiful and I can’t wait to see it when I walk out of the limo for the first time!”

After making a point to “formally apologize on behalf of my gender," this hopeful husband looked Becca in the eyes and said:

“I’m here for one reason. … I’m here for you. I’m excited for this journey with you, and you are beautiful.”

And easy on the eyes!

What about being easy on the ears?

That was Brian’s hope, as this future contestant arrived with banjo and song in hand.

“I want you to know how incredibly brave I think it is that you’re standing here right now,” said Brian, expounding as follows:

“I really respect that a lot and I can’t wait to get to know you."

And, finally, Becca met Blake… who came out with a horse and message.

"As the saying goes, when you fall off the horse, you’ve got to get back up again," he explained.

"So I’ve brought you this horse, and I want to be the man to help you get back up again.”

Dude is absolutely getting at least one rose, wouldn’t you say?

“I’m not afraid to date these guys and find the one who is the best fit for me," Kufrin tells People in its latest issue, concluding:

"I want to keep in mind, the people who I really do fall for and have strong feelings for, if was them how would I want to be treated?

"And I want think about the bigger picture and the outcome. Is it best to say ‘I love you’ to two people? I don’t know. If I do feel that need, I want to make sure I’m 100 percent sure and keep in mind their feelings.

"I want to keep their needs and emotions at the forefront."

Look for Becca to debut as The Bachelorette later this year. 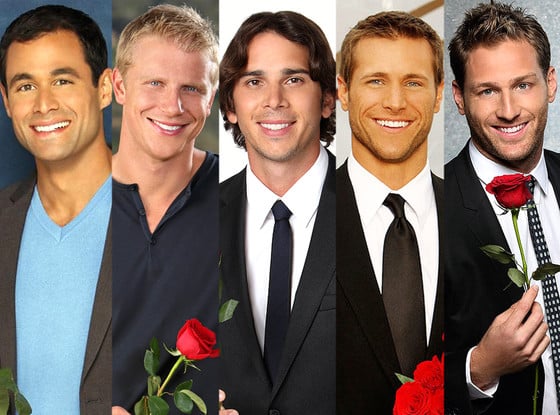