It’s been a rough few months for Jill Duggar and Derick Dillard.

First, Derick was fired from Counting On after directing a transphobic social media tirade at fellow TLC star Jazz Jennings.

Now, he and Jill are the subjects of constant scrutiny.

For everything. To some degree, that’s expected, especially since Jill and Derick rely on donations from fans to help them pay the bills.

But unfortunately for the Dillards, much of the attention they’ve been receiving has been negative, and some they’ve brought upon themselves.

In the past, Jill has been mom-shamed for everything from how she dresses her kids to how she addresses concerns over their health.

This time around, however, the criticism is directed at Derick, who may have posted evidence of his unsafe parenting practices on Instagram.

The photo below appeared on Derick’s page yesterday:

Much to the chagrin of some of the couple’s fans, that’s Jill and Derick’s 7-month-old son Samuel playing with a plastic bottle.

A funny joke, we suppose (though it would be funnier if plastic water one-time-use water bottles were a thing in 1950), but many fans didn’t see the humor.

"Be careful with those plastic bottles," wrote one Instagram user clearly unamused by Derick’s actions or attempt at humor.

"My daughter gave her 7 month old one and somehow the lid came off. If we hadn’t seen it she could have choked."

Some followers were more blunt – and less amused – in their assessment of what they felt was a dangerous situation:

"Babies have choked and died doing that, you f–king moron," wrote one fan berating the 28-year-old father of two.

"There are toxics in plastic, Derick. Are you an idiot?" asked another, echoing a question fans have asked for various reasons.

We’re guessing the harsh judgment of Derick has at least something to do with the fact that he’s a known cyber-bully.

Simply put, when you seem to go out of your way to harass others on social media – and enjoy this – that’s asking for it.

People who are less than thrilled with his words and actions on a regular basis will be all too eager to turn that around.

Of course, the main reason he’s being criticized is simpler:

It’s seriously stupid, and completely unnecessary and avoildable, to let a baby play with a discarded plastic water bottle. 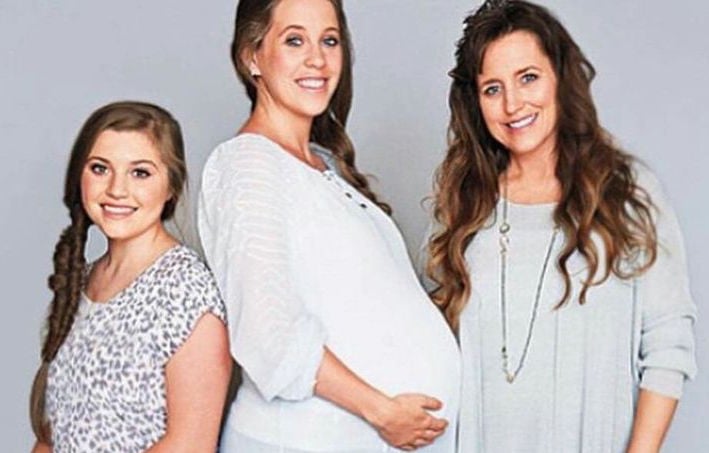 This has been your daily public service announcement, another fine, educational installment of "Don’t Be Like Derick Dillard."

You’re welcome. We do what we can for you.

While you can no longer see him when you watch Counting On online for more lessons in this regard, just follow him on social media.

He should be sharing more any minute.