Right now, Kailyn Lowry is dating Dominique Potter and she’s well on her way to living her best life. She has three beautiful children, and she’s doing a more than decent job of coparenting with her exes.

Well … except for Chris Lopez. Things with him have been bad for a while, and now they’re getting worse.

In fact, things with Kailyn’s latest baby daddy are so toxic that Kailyn’s taking a drastic step: changing Lux’s name.

We all remember the saga of "Baby Lo."

Teen Mom 2 star Kailyn Lowry got pregnant by Chris Lopez, but then complained that he basically jumped ship right away.

And one of the many contentious issues between Kailyn and Chris was that, well, they just couldn’t settle on a name for the baby.

Kailyn supplied the nickname "Baby Lo." And for two entire months after Kailyn Lowry gave birth to her third son, the adorable little boy didn’t seem to have an official name.

Kailyn ended up having to name him unilaterally, picking Lux for his first name and Russell for his last name. Not a bad name, actually.

The reason that she had to make the decision herself is because Chris Lopez apparently couldn’t agree with her on any of the names, which is why the naming process dragged on for months.

But honestly? That’s not even the worst thing about Chris Lopez. Not by a longshot.

As we mentioned, Kailyn Lowry rules at coparenting with the respective fathers of Isaac and Lincoln.

But with Chris Lopez, it’s another story.

We’ve already heard Kailyn describe how Chris cheated on her nonstop during her pregnancy, and about how he’s been a total deadbeat dad since Lux was born.

But what Kailyn’s been reluctant to speak about publicly is the real, scary reason she keeps Lux away from Chris Lopez.

Worse, he’s allegedly hit Kailyn herself, including while she was holding their baby.

After reading about these allegations, we honestly breathe a sigh of relief over Chris Lopez’s deadbeat dad status. With a guy like that, absence is the best gift that he could give.

And it sounds like Kailyn has had enough with Chris Lopez refusing to so much as acknowledge paternity (while nonetheless whining about Kailyn keeping Lux from him).

It sounds like fair game to erase Chris Lopez from Lux’s name since Chris refuses to signify paternity anyway.

Interestingly, we’d heard Kailyn Lowry say that Lux has her last name back in October, about a week after we learned Lux’s name.

But … it sounds like she was bluffing at the time, or perhaps threatening.

Which would mean that she’s now following through with it.

Honestly, we’ve always thought that it’s silly for single moms — Kailyn isn’t single right now, but she was after her breakup from Chris Lopez — to give their kids the baby daddy’s last name.

Oh, if the dad died in a fire or if she hopes that the kid will one day be accepted, that’s one thing. But why should a guy who contributed almost nothing get to have his name passed down?

Plus, it can lead to awkward questions about mismatched names.

We think that Kailyn’s making the right choice by letting Lux’s name be a reflection of her.

Maybe she and Dom, if things stay strong between them, can create all of the household stability that Lux needs. 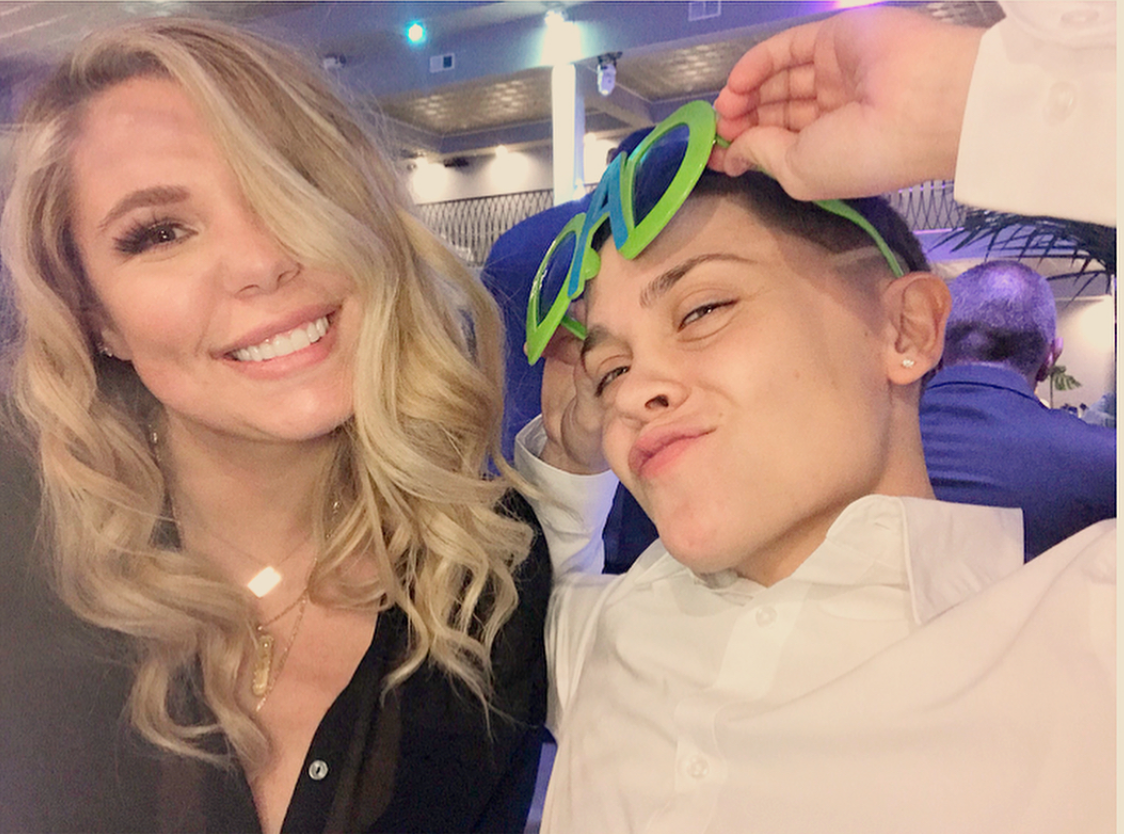 Dominique Potter: Is Kailyn Lowry’s New Girlfriend the ONE?