On Teen Mom 2 Season 9 Episode 14 Monday night, Briana took a trip to the hospital and found out something interesting about Stella.

Meanwhile, a court date threatened Kailyn’s vacation, and Chelsea attempted to modify Aubree’s custody agreement, but to what end?

When the episode got underway, Briana DeJesus and Luis Hernandez had only had their daughter for two days before he up and left.

Literally. Dude peaced out in the night.

“Take control of the situation and you’ll be OK,” Roxanne, her mother, told her anxious daughter, who was clearly worked up about it.

“It will all work out,” she told her.

Meanwhile, Stella was having problems breathing, and with blood circulation, so Briana had to take the newborn to the hospital.

She tried to text Luis, but he didn’t respond, at which point her mom said, “If he doesn’t respond, you’re going to have to kick his ass."

Honestly, it’s hard to imagine being in Briana’s shoes and trying to handle caring for a newborn and another daughter on top of all this.

For Leah Messer, it was a tough week as daughters Ali and Aleeah would not stop fighting, screaming and even hitting one another.

Leah and Corey decided it may be time for Aleeah to see a therapist, as she’s clearly jealous of the attention her twin sister receives.

Obviously, Leah and Corey wish that weren’t so – Ali’s muscular dystrophy is the primary cause – but Aleeah can’t see it that clearly.

“It’s getting a little bit out of hand,” Corey said.

“We’ll just have to work together.”

Heartbreakingly, Aleeah said she felt guilty for the way she “crammed her up” in their mom’s womb and helped cause Ali’s MD.

“That wasn’t your fault,” Leah assured her.

“It has nothing to do with you.”

In North Carolina, Jenelle and David were doing a “Save the Date” photo shoot and feuding with producers of Teen Mom 2. Hardcore.

"If you don’t leave my house, you will be escorted by police,” he texted them, generally making everyone feel uncomfortable.

Jenelle, meanwhile, was feuding with Barb as usual, all while trying to wrangle her three kids for a photo shoot. Utter chaos.

It was bedlam as the kids went buck wild, screaming and terrorizing each other as Kaiser almost knocked over one of the MTV cameras.

That would about sum up the life of Jenelle in three words. It’s somewhat amazing these two made it to the altar, to be honest.

In South Dakota, Chelsea Houska was looking to take baby daddy Adam Lind back to court to change their custody agreement.

She wanted to add “DeBoer” to her daughter Aubree’s last name, reflecting that Aubree’s stepdad Cole is her real father figure.

The 7-year-old personally requested this, no less.

“I don’t know if it will bother your other dad,” Chelsea said, but there’s no question that Cole was beyond touched by the idea.

“I’m glad she is the one that wants to,” Cole said.

“That makes me feel good.”

Finally, Kailyn Lowry wanted to celebrate graduating from college and take her sons on vacation to St. Thomas before her next baby. 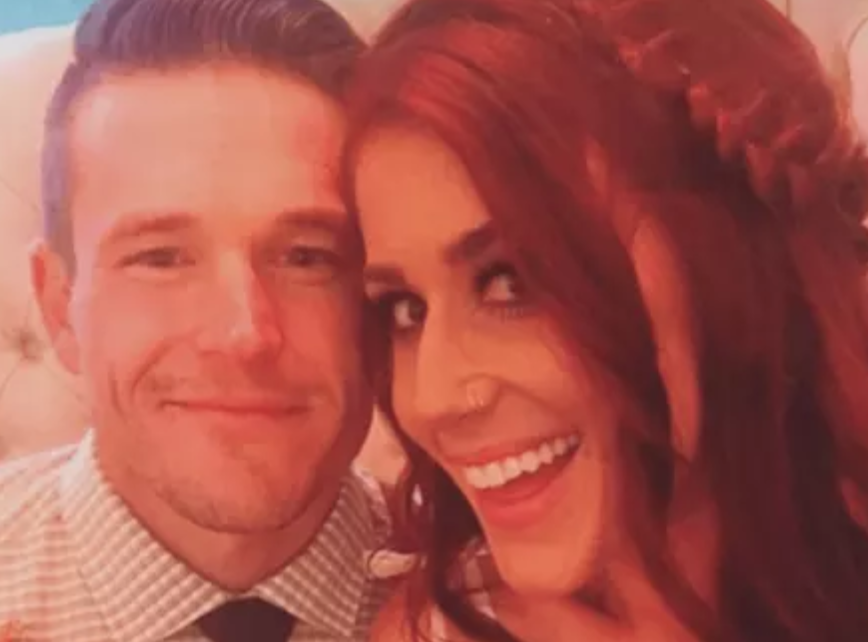 Chelsea Houska: See All the Photos from Her Second Wedding!

She planned a trip, but it happened to fall during the week Javi Marroquin was taking her back to court over child support issues.

“He’s ruining the last family vacation that we have,” Kailyn said, though Javi dropped the charges so she could go on her trip.

“Have fun with the kids,” Javi told her.

This is true. One can only hope that both parties continue to act accordingly in the weeks, months and years to come.