Disney Week made its way to Dancing with the Stars, and there was no fairytale ending for the celebrities on this special night of the ABC reality series.

With one couple definitely going home, tensions were at an all-time high, but one couple managed to get a perfect score, so it wasn’t all bad.

Let’s briefly break down the performances of the night, so we can establish who did not make it through to the next heat of the competition.

After emotions ran a little too high, this performance was all about bringing the fun back to the forefront, and that was a good thing. You could tell Victoria was in a much better place than she was last week. They threw it all the way back to 1928 for a homage to Steamboat Willie.

She and Val fit together like a glove, and their performance was a well-choreographed one that proved they have been taking feedback on board.

Vanessa and Maks have been solid dancers all season long, and despite some alleged behind the scenes drama, they do work well together.

However, they aren’t exactly offering anything new with their performances. With some of the other couples going from strength-to-strength, this pair appears to be stuck in a rut.

That’s not to say their waltz was terrible. They just need to change things up a little.

They could have done so much different with their Snow White and the Seven Dwarves inspired performance.

Lindsay claimed she always wanted to be a Disney princess, and it sounded like the judges agreed that she would make a great one.

The jazz from the couple won rave reviews from them, and Len even handed them out a 10. When does that ever happen with Len? He’s always got something negative to say.

Being at the bottom of the scoreboard is not the best place to be, and Nick knew there was a lot riding on his performance. The couple performed the quickstep, and you could tell it took its toll on Nick.

The Jungle Book is a great movie, and now, we will probably never watch it again thanks to Nick’s wooden performance.

By the end, he looked like he wanted to take a nap on the stage, and the judges picked up on it.

Drew and Emma have had a lot of chemistry going for them since the season kicked off, and that always seems to go in their favor. The went with a fun performance inspired by The Muppets Movie.

The waltz garnered them some praise from the judges, and they really deserved it.

This duo went with the rumba inspired by The Little Mermaid, and it was a delight. Sasha struggled with nerves earlier in the season, and has been improving every single week.

The judges took note, with Carrie saying she was "mesmerized" by the whole display. Even Len gave another positive comment. What’s going on?

All of the performances seemed much better than recent ones, and Terrell’s was inspired by The Lion King. The whole performance was full of memorable moments, and Terrell managed to dance very well given the big height difference between him and Cheryl.

They secured their highest score of the season, and it was well deserved.

While his short-term memory may not be all that, Frankie’s short-term one is good because he continues to be one of the best dancers. The duo went with a tango to The Pirates of the Caribbean.

The performance would have definitely secured a perfect score had Witney’s heel not caught in her dress.

Jordan knows a lot about Disney, and that’s because he has been in the family for a long time. He performed a foxtrot to his song "You’re Welcome" from Moana.

It was flawless, and the judges seemed to think it was the best performance of the season. They were right. It secured them a perfect score.

Nikki went with the upcoming move, Coco, as her inspiration, and it was a refreshing mix of style, confidence, and chemistry with Artem. It was a real surprise, and Len called it Nikki’s best dance yet.

Sasha Pieterse & Gleb Savchenko, and Frankie Muniz & Witney Carson found themselves in the bottom two. No, that’s not a joke.

In the end, Sasha and Gleb were sent packing.

It’s not up there with the Heather Morris elimination, but it sure came out of left field and then some to anyone who watched this.

Nick Lachey should have been the one to go … don’t you think? Where does this rank among the most stunning departures ever?

Hit the comments below and let us know, and remember, Dancing with the Stars continues next Monday on ABC! 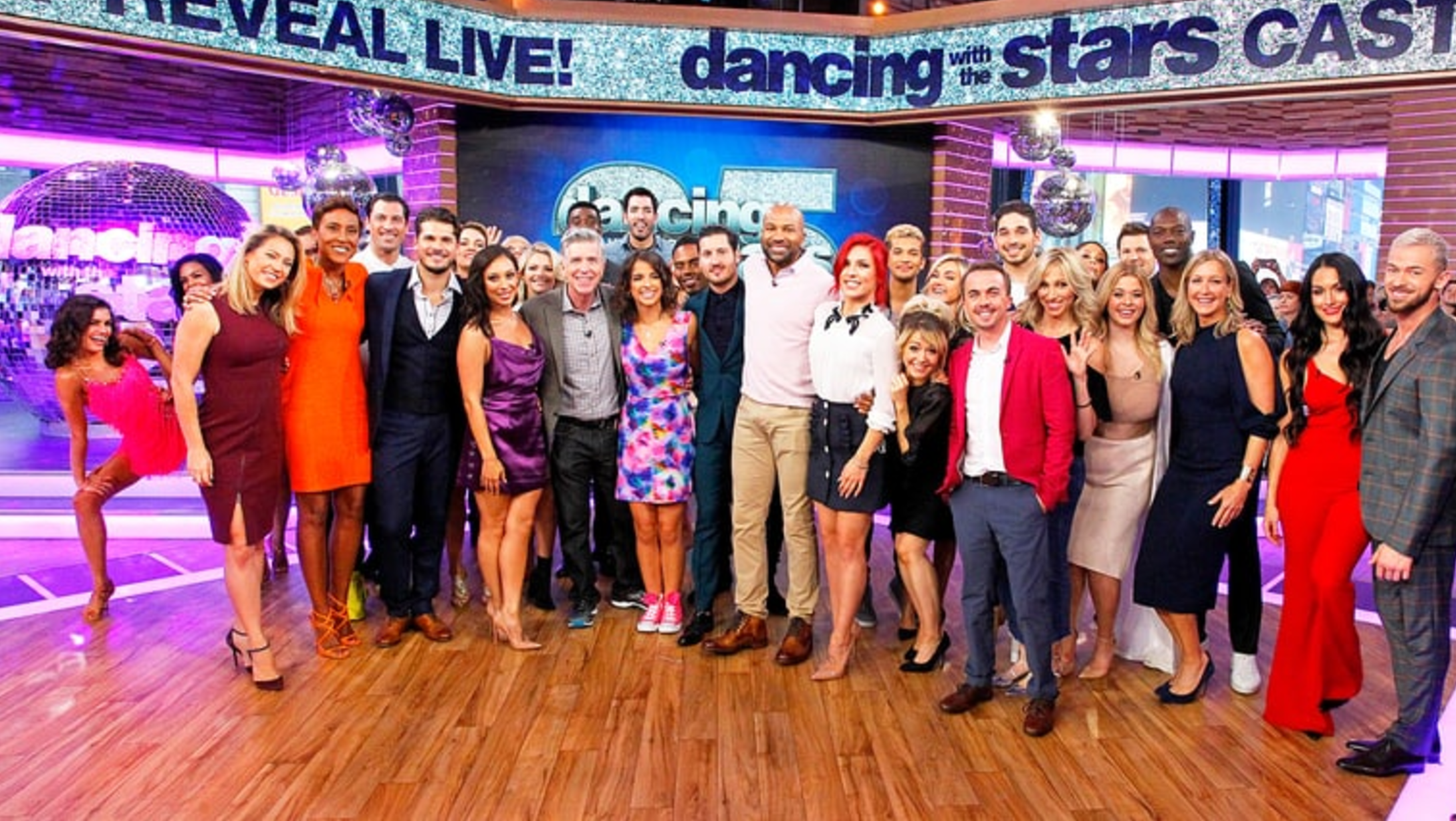