We’ve already been teased that whoever is the next Bachelor will shock fans to their core, but the question of who will be the leading man is still up in the air.

A lot of fans are looking to Peter Kraus to step up into the role, but some wonder whether the serious weight that he gives to proposals and engagement has cost him his chance.

It’s time for us to start taking Eric Bigger more seriously as a contender.

Eric Bigger didn’t win his season of The Bachelorette, but he made it to the final three.

Though he was overshadowed by Peter Kraus and Bryan Abasolo, he still beat out dozens of others to win his spot.

Eric is handsome and likeable, he’s funny and full of life.

And, these days, he’s sporting what the Bachelor Nation has affectionately dubbed his "revenge beard."

He’s earned more than a few heart eyes over that (though not everybody likes beards).

There are plenty of great reasons for Eric Bigger to star on the next season of The Bachelor.

First of all, though Eric Bigger has said that Bryan Abasolo was a rebound for Rachel Lindsay, he hasn’t been bitter.

Or, at least, the edits that we’ve seen of him on The Bachelorette haven’t shown him as bitter or spiteful or angry.

He’s seemed in good spirits and he’s come across as grateful for the experience.

Some call that the "Bachelor edit," when producers make sure to show someone in a good light in case they want to cast that person as the next Bachelor.

So either the producers have set him up to be a strong contender for the role, or he’s just so naturally good-natured and charming that there wasn’t any bitterness or regret to showcase in the first place.

Another point in his favor is that, with or without the beard, the dude looks great.

Eric Bigger won hearts and minds, even if, in the end, none of those hearts belonged to Rachel Lindsay.

Sure, he didn’t have the best start on his season, but not everyone responds well to being antagonized by castmates.

It’s how we respond and move on that defines us. Eric moved on, and the results were great.

In particular, Eric won over members of the Bachelor Nation when he and Rachel went on his hometown date.

Eric is just a fun-loving, vivacious guy and he’s hard to resist.

Also, for whatever it might be worth, Rachel Lindsay doesn’t want Peter Kraus to be the Bachelor.

She claims that she doesn’t think that he’s right for the role.

It seems likely, given how hard her breakup with Peter was, that she has trouble seeing him with another woman and would find it too painful to see Peter find love with someone else.

Sorry, Rachel — you can’t have your Bryan Abasolo and eat … you get the idea. She chose Bryan, so Peter is free to move on.

(And with Peter Kraus’ abs, that shouldn’t be difficult)

Still, and despite Eric’s very appealing lack of baggage (and the good deeds that he does, all documented on his Instagram), we don’t know if he’s polarizing enough for producers to see his appeal right away.

But Eric Bigger absolutely has fans who want him to be the next Bachelor. Or just cut to the chase and be their boyfriend. 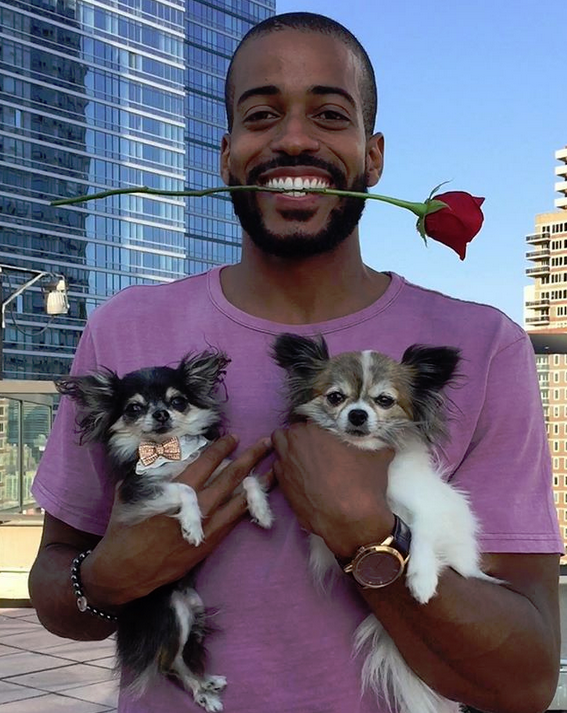 Eric Bigger Fans on Twitter: Be the Bachelor! Be My Boyfriend!