When he’s not stoically stroking a cat or swivelling in a chair to reveal himself to a captured foe, Russian President Vladimir Putin likes to maintain the illusion that he’s the democratically elected, non-villainous head of a functioning industrialized nation.

That means occasionally conversing with reporters, despite the fact that it would be so much easier to put their heads on spikes outside the Kremlin as a warning to others who might be thinking about snooping around.

Not surprisingly, Putin was his usual petulant self, bristling at questions about Russia’s alleged collusion with the Trump administration, and seemingly at all times one subtle head nod away from having Kelly dragged off to a Siberian work camp.

"You have created a sensation out of nothing," Putin replied when asked about charges of Russia hacking the DNC and meddling in the 2016 election.

"And out of this sensation you created a weapon of war against the president,” he said, referring to Trump. “You people over there … good job. Your lives must be boring.”

To her credit, Kelly pressed on and asked the real-life Bond villain about the alleged pee tapes starring Trump and some Russian hookers.

Okay, she didn’t use the word "pee tapes" but she did ask if Russia has incriminating information that it’s using to blackmail Trump:

“Well this just another load of nonsense,” Putin replied.

“Where would we get this information from? There was a time when he used to come to Moscow but, you know, I never met him. Do you think we’re gathering information on all of the [Americans visiting Russia on business].

"Have you all lost your sense over there?” he concluded, really piling on the rhetorical questions in not-at-all-super-suspicious fashion.

This is some top-notch gaslighting, folks.

It’s a tactic that’s probably been employed by evildoers throughout history.

"Riiiiight, I’m brainwashing you into worshipping me as a Christ-like figure so that I can convince you to commit a series of brutal murders in hopes of igniting an apocalyptic race war," we imagine a young Charles Manson sarcastically dismissing his followers’ suspicions. 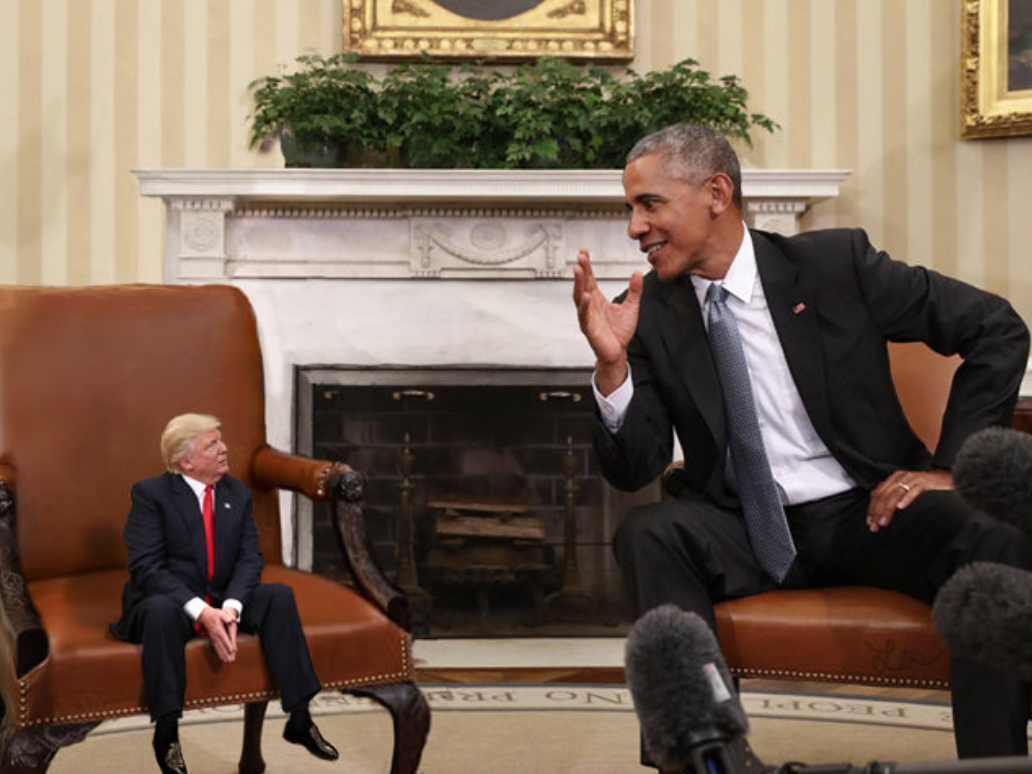