Jacob Roloff is no longer a cast member on Little People, Big World.

But that doesn’t mean Jacob isn’t still a family member, especially when it comes to his siblings and especially to precious bundle of joys they bring into the world.

Jacob is so happy for his brother, Zach, on the occasion of his first child!

Back on May 12, Zach and wife Tori Roloff welcomed a son named Jackson Kyle into the world, sharing a couple adorable family photos from the hospital at the time.

Tori wrote that she and Zach were already "so in love" with their son, while Zach issued the following statement at the time:

"Baby and mother are doing great and Jackson is already mastered holding daddy’s fingers and snuggling with mom!

"He is adorable and Tori and I are loving being parents."

But while we (obviously) expected to hear from Zach and Tori in honor of this special delivery, fans of Little People, Big World likely weren’t counting on Jacob weighing in as well.

The former TLC star didn’t just quit his family’s series last year, he did so in pretty epic fashion, slamming both the show and his loved ones as fake.

But that was nearly a year ago.

Jacob, his girlfriend and their dogs have been traveling around the country together since, taking in the sights and just appreciating life.

And while the 20-year old rarely mentions specific relatives at this point in his blog entries, Jacob couldn’t help but make an exception when it came to little Jackson.

"We grew very tired very fast of the desert, but Arches NP is where I found out about baby Jackson being born so it is special — and another reason why we blasted thru to California," Jacob wrote as a caption to the photo above, adding:

He also shared the following snapshot of Jackson on his Instagram page:

YAH. "My lates’ muuuse is my [nephew], he worth livin’. – Jacob Roloff

Jacob has opened up a bit more in recent weeks, although he continues to make it clear why he’s a bit distant from his famous family members.

Last month, for example, took issue with both his fellow Roloffs and those who practice Christianity in general.

“Christians as I have experienced them have assumed a real and damaging sense of superiority over all other belief systems,” wrote the son of Amy and Matt Roloff online, expounding as follows:

"They have privately for so long deemed non-Christians as ‘needing help’ and diseased of the mind and spirit, condescendingly offering an empty platitude of the nature of ‘I’ll pray for you.’

"They don’t pray for you though, they pray for themselves, their spiritual security, and out of pity that you aren’t as fortunate as they to be ‘in the know."

That’s a lot to consider, we know.

We only bring it up to emphasize that Jacob Roloff is an independent man of very strong feelings and beliefs.

He is unafraid to speak his mind.

But when it comes to a newborn? To an innocent and sweet and adorable new member of his family?

He can at least put past feuds aside and focus on what’s important. 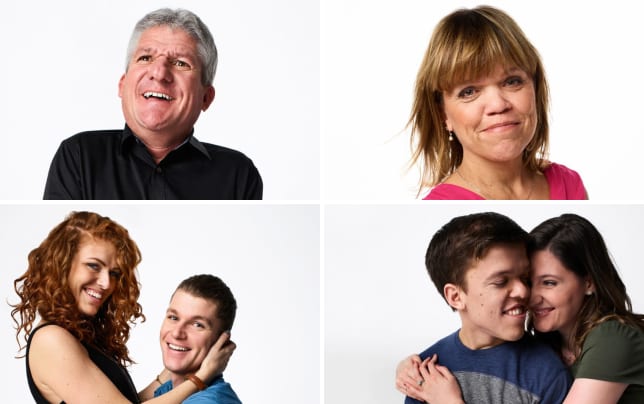