It’s a little hard to believe that Khloe Kardashian has been dating Tristan Thompson for eight whole months now, but time flies when you’re in love and unnecessarily famous, it seems.

Khloe and Tristan have been the subject of an incredible amount of rumors for their entire relationship.

But this latest rumor may be the saddest of all.

According to a new report from MediaTakeOut (we know, we know), Tristan is done with Khloe.

A source told the site that Tristan asked Khloe to "take a break" that would allow him to put all his time and energy in his professional basketball career.

That would be sad enough, but the source adds that the basketball excuse isn’t the whole story.

Nope, in this tale, Tristan is also allegedly attempting to repair his relationship with Jordy Craig, the woman he dated before Khloe — the one who gave birth to his child in December.

Apparently people close to Tristan believe that Jordy is the woman he could eventually end up with.

If any of this is true, it would be such a blow to Khloe. And sad as it may be, this isn’t the first time we’ve heard that she’s having trouble with Tristan.

Just earlier this week, another report claimed that he was contemplating breaking up with her because of all the engagement talk.

"Tristan’s barely getting used to the idea of being a dad and here’s Khloe pushing him into a high-profile engagement," a source claimed.

The poor guy is supposedly "ready to run" because "it’s too much too quickly."

That part actually makes sense — remember, Khloe flat out admitted in a recent interview that if Tristan were to propose, she’d say yes, and she even said that they’d been talking about raising a family together.

But the engagement talk isn’t the only thing that’s said to be bothering Tristan.

We’ve also heard that he’s troubled by Khloe’s spending habits (which are obviously ridiculous), and for months now his fans, and allegedly even his teammates, have been urging him to dump her before the Kardashian Kurse takes hold.

Seems like Khloe and Tristan have a lot of things going against them, huh?

Can they make it through it all? Can they weather the storm and come out on the other side, happy and engaged and expecting just so many children?

Only time will tell.

(But honestly, probably not.) 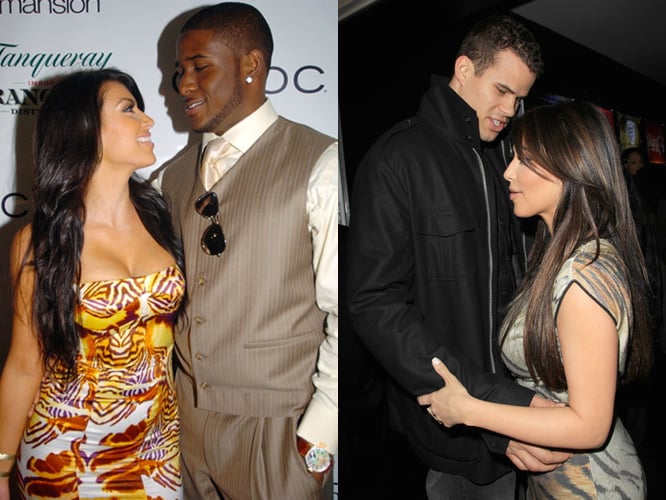