Quick: What do Kendall Jenner and Sean Spicer have in common?

Well, aside from the fact that they both owe their careers to gigantic asses over which they have no control, they’ve both been involved in disastrously tone deaf PR blunders in recent weeks.

Sure Kendall didn’t defend Hitler on Passover or anything crazy like that, but her personal press nightmare was the result from a move that was astonishingly out of touch with the current zeitgeist, particularly by the standards of a globe-trotting 20-year-old who prides herself on her woke-ness.

As you’ve no doubt heard, Kendall starred in a Pepsi commercial last week.

But this wasn’t your grandfather’s Pepsi commercial, in which Kendall just shows up, looks pretty, and pretends to enjoy the taste of carbonated brown sugar water.

No, this was an attempt on Pepsi’s part to cash in on our nation’s political strife by demonstrating that rich white girl plus can of name-brand soda equals the answer to all the world’s problems:

We won’t even bother to delve into the ridiculousness of the ad, as social media has already roasted this thing to a crisp, but we recommend you watch it again if you’ve forgotten why it didn’t turn out to be pop-peddling classic, a la "I’d Like to Buy the World a Coke."

(We think they made the mistake of having mid-bender Don Draper write this thing instead of yoga Don.)

Anyway, not surprisingly, Kendall has been keeping a low profile in the weeks since Twitter turned its wrath on her.

But we assume Kris Jenner sat her down and informed her that this family can’t afford another Recluse Rob, because Kendall is planning to make her big return to the spotlight at Coachella this weekend!

Okay, not actually at Coachella, but at a pair of corporate-sponsored events that are indirectly tied to the music fest.

First, Kendall will host a party thrown by the dating app Bumble.

We’re assuming host means "take the stage and stand around awkwardly for a few minutes, possibly while drinking a Coke."

After that she’ll reportedly make six figures DJ-ing at 1Oak, because DJ-ing is apparently comething Kendall does now.

Sources say Kendall will be joined by sister Kylie at both events. 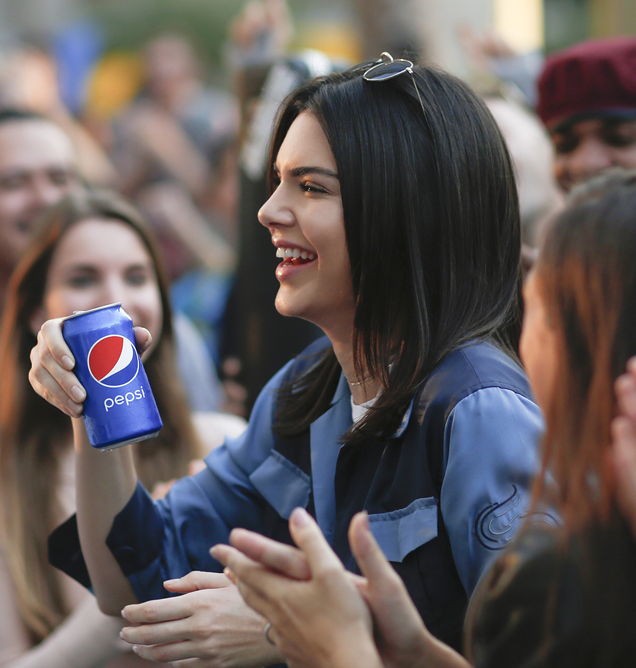 Attendees should know that there will be no harassment of Kendall, as security will be out in force at both parties.

Although if they get in your face, just offer them a can of soda, and they’ll probably back off.