There’s a good chance that like us, you never heard about the Fyre Festival before today, and that’s partially by design.

After all, this was no Coachella-style fest for us mere peasants.

The event – co-organized by rapper Ja Rule and tech entrepreneur Billy McFarland – was billed as a “luxury party” for those who find traditional festivals just a tad to plebeian.

The line-up didn’t offer much to write home about (headliners included Blink-182 and Tyga), but the accommodations were supposed to.

With tickets ranging in price from $1,000 to $12,000, the Bahamas-based concert was to offer festival-goers a once in a lifetime experience:

Guests were to be flown in from Miami in chartered jets, and once on the island, they would stay in a geodesic and engage in activities such as jet skiing and kayaking.

It all started to unravel, however, when the talent started to back out, citing lack of advance payment and insufficient sound equipment.

Moments ago, the first annual Fyre Festival was “postponed indefinitely,” but not before the conditions deteriorated rapidly and the whole situation descended into a level of chaos that more than one attendee has compared to the Hunger Games.

Guests are reportedly stranded in disaster relief tents, eating hastily thrown together meals (such as the one pictured above) that could generously be described as less than luxurious.

“Someone fainted and they locked us in a room using a huge chain and deadbolt,” one attendee tells Vice News.

Guests who reportedly paid as much as $250,000 to stay on the festival grounds for the weekend were diverted to an impromptu “daytime party” after arriving from the airport so that organizers could arrange some sort of temporary housing.

When the crowd (quite understandably) became unruly and hashtags like #FyreFraud began to trend on Twitter, organizers finally sent word that the event was canceled:

“Due to unforeseen and extenuating circumstances, Fyre Festival has been fully postponed,” reads a message posted on the event’s Twitter page.

“After assessing the situation this morning and looking at best options for our guests, we cannot move forward as we hoped we could. At this time, we are working tirelessly to get flights scheduled and get all travelers home safely.”

Now, those responsible for the chaos are reportedly scrambling to protect themselves from lawsuits and even criminal prosecution.

It’s unlikely that anyone will be imprisoned as a result of the allegations of fraud and unsafe conditions, but we’re guessing Ja Rule – who was released from prison in 2013 and remained on probation until last year – is less than thrilled that by the prospect of winding up back in court. 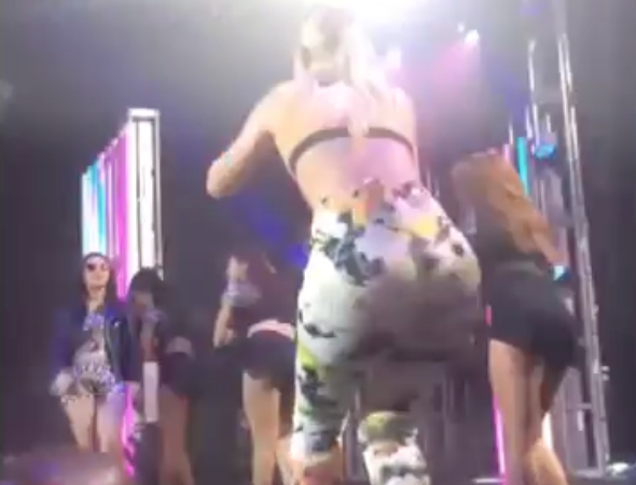